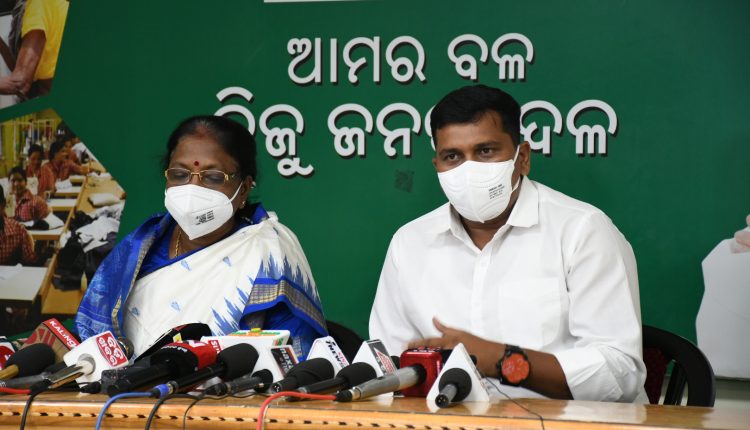 Stern Action To Be Taken Against Minister If Found Involved In Murder Case: BJD Chief Whip

Bhubaneswar: As the speculations are rife over the alleged involvement of MoS for Home Department in the State, Dibyashankar Mishra in the sensational murder case of Kalahandi lady teacher Mamita Meher, state ruling Biju Janata Dal has finally clarified its stand.

After serious backlash in the backdrop of allegations on the involvement of the Minister, senior party leader and BJD chief whip Pramila Mallick said that if the lawmaker was found guilty then strict action will be taken against him.

Addressing the media, Mallick on Wednesday, said, “An officer who has previous experience of working in NIA has been handed the charge of probing the case. Whoever is found guilty whether it may be the minister, strict action will be taken against the culprit(s).”

However, she disapproved of the furor created by the Opposition seeking the immediate ouster of the minister.

Pramila questioned the Opposition, “Will the sacking of the minister resolve the case?”