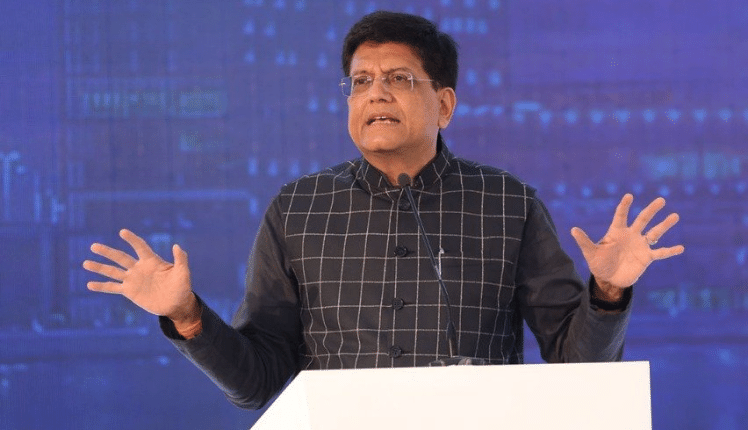 New Delhi: The results of the third edition of Ranking of States on Support to Startup Ecosystems were released by Shri Piyush Goyal, Minister of Commerce and Industry, Consumer Affairs, Food and Public Distribution, and Textiles today at The Ashok Hotel, New Delhi.

For the purposes of the Ranking, States and Union Territories are classified into 5 Categories, viz. Best Performers, Top Performers, Leaders, Aspiring Leaders and Emerging Start-up Ecosystems.

Assam, Punjab, Tamil Nādu, Uttarakhand and Uttar Pradesh were adjudged the winners in the Leaders category among states; Andaman & Nicobar Islands, Arunachal Pradesh and Goa bagged the Leaders honour among the UTs and NE states. Chhattisgarh, Delhi, Madhya Pradesh and Rajasthan were declared as Aspiring Leaders among the States. Chandigarh, Dadra and Nagar Haveli & Daman and Diu, Himachal Pradesh, Manipur, Nagaland, Puducherry and Tripura were the Aspiring Leaders from the UTs and NE states. Andhra Pradesh and Bihar from States category and Mizoram and Ladakh from the UTs/NE States were clubbed under the Emerging Start-up Ecosystem.

Speaking after declaring the awards, Shri Piyush Goyal said that ONDC (Open Network for Digital Commerce) had the power to spawn thousands of start-ups. “The huge success that UPI has been in India, which has democratised the payment system in India. In the next 5 year, we will have ONDC democratize the e-commerce across India. So much so that we will have a few thousand start-ups may be more and a few hundred unicorns. Rather than three companies being 100 billion or one trillion size, you will have a thousand companies each of a billion dollar. That is what ONDC has the power to do,” the Minister said.

Emphasizing that Indian ecosystem could become the best in the work, Shri Goyal suggested that States could align with neighbouring ones so as to learn from each other. He also asked the department to get more start-ups on the Government E-Marketplace (GeM), saying that now even the Services had been brought under GeM.

Shri Goyal suggested that there was a need to focus on developing start-up ecosystem in districts with help of all the start-up related schemes by the central and the state government. He emphasized upon the need to onboard and register more start-ups. He added that there was a great opportunity to democratize the start-up ecosystem in the same way as the Indian Premier League (IPL) democratized the cricket arena.

The minister appreciated the new mentorship program and said that it would help those with ideas to get support and help them fructify their ideas.

Shri Anurag Jain, Secretary, DPIIT said that a number of initiatives of the government including JAM (Jandhan, Aadhar, Mobile), Digital India, Gatishakti, Ease of Doing Business were driving the start-up ecosystem. “If the Start-up system has to grow further, the biggest role has to be played by States. We can play a facilitative role,” he added.

The call for mentors for MAARG portal was also announced during the event. The portal is developed with the idea to develop a tool for start-ups in India that can be accessed from every corner of the country to request and connect with a mentor.

Smt. Shruti Singh, Joint Secretary, DPIIT said that the start-up ecosystem has come a long way with States playing a big role. “Today, States have vibrant ecosystem with 27 states having their portals in regional languages,” she added.

The Department for Promotion of Industry and Internal Trade (DPIIT) has been conducting the States’ Start-up Ranking Exercise since 2018 to facilitate the ease of building a start-up and doing business across the country. The exercise has grown in its impact over the last three editions, with 31 participating states and union territories this edition, the highest till date. The State Start-up Ranking Exercise aims to support states and union territories in developing their start-up ecosystem and learn from the best practices in each state and union territory.

The consideration period for the third edition of the States Startup Ranking Exercise was 1st October 2019 to 31st July 2021. The documentary evidence submitted was evaluated over a 6-month duration. The evaluation committee across 14 meetings assessed each document and was composed of representatives from 19 government departments and 29 non-government startup ecosystem stakeholders, for fair and transparent evaluation.

The participants were evaluated across 7 broad Reform Areas consisting of 26 Action Points ranging from Institutional Support, Fostering Innovation and Entrepreneurship, Access to Market, Incubation support, Funding Support, Mentorship Support to Capacity Building of Enablers. The exercise plays a crucial role in easing the business environment for start-ups in the country.

The States Startup Ranking 2021 highlighted the support being extended by over 30 states and union territories through startup policies to the ecosystem. There were only 4 states with startup policies prior to 2016. The state startup teams have been extending support across mentorship, incubation and funding. Moreover, feedback was gathered from more than 7,000 beneficiaries through surveys made in 13 different languages to grasp the real situation at the execution level.

The States and Union Territories have been placed alphabetically within each category. Additionally, in each reform area, the states who are recognized as Leaders for their exceptional work in the particular reform area are also shared.

The felicitation ceremony was accompanied by the release of the National Report which highlights the vision, framework, evolution across the years, methodology and implementation, and the way ahead for the States` Startup Ranking. A State Specific Report for each of the 31 participating States and Union Territories has also been released, containing an extensive analysis of respective ecosystem, which highlights strengths and priority areas for future.

The National Report and Specific Reports for all participating States and Union Territories launched during the session can be downloaded from the Startup India Portal. The complete results are attached at Annexure 1.

This category has all States except those in Category ‘B’. This includes states with a population of less than 1 Crore.

This category has all Union Territories except NCT of Delhi and all North-Eastern states except Assam.

The top scoring States and Union Territories across each reform area have been recognised as a leader.