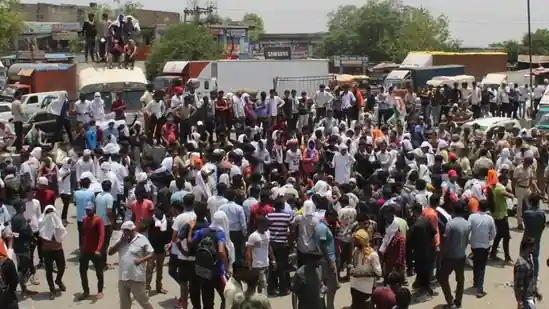 Various state government tightened the security in veiw of the ‘Bharat Bandh’ call given by the armed forces aspirants for Monday.

This comes a day after the service chiefs ruled out rolling back of the plan and revealed the recruitment timelines.

A top army officer also gave a warning to demonstrators. “The Indian Army’s foundation lies in discipline. There’s no space for arson or vandalism. Every individual will have to give a certificate they were not part of protests or vandalism. Police verification is mandatory, no one can join without it,” said Lieutenant General Anil Puri, additional secretary, department of military affairs, on Sunday at a key presser. The recruits of the new scheme will be called “Agniveers”. In the midst of opposition attacks, a team of Congress leaders is set to meet President Ram Nath Kovind on Monday.

Taking objections over some of its conditions, the army aspirants have been agitating in 11 states including Delhi, Uttar Pradesh, Bihar, Haryana, Telangana, Odisha, West Bengal, Madhya Pradesh, Punjab, Jharkhand and Assam.