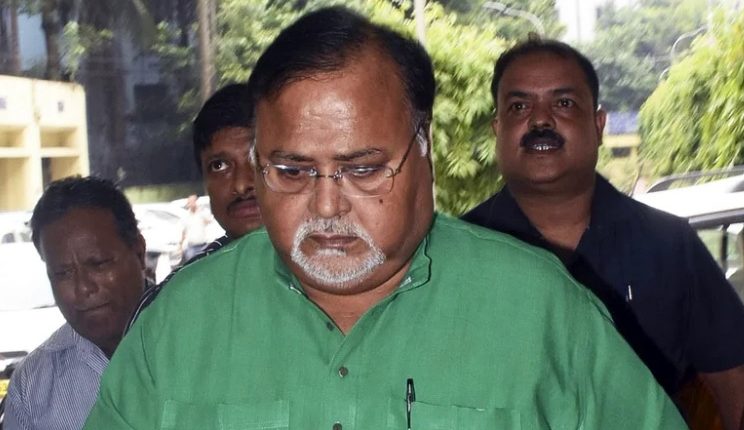 Kolkata: A special CBI court at Alipore here yet again rejected the bail prayer of arrested former West Bengal minister Partha Chatterjee and extended his judicial remand till December 12 on a prayer by the agency investigating the School Service Commission (SSC) recruitment scam.

Claiming that there has been no new development in the investigation, Chatterjee’s lawyer pleaded that he be granted bail.

Opposing the prayer, the CBI counsel claimed that the investigation is at an early stage and granting bail at this stage may hamper the probe.

Chatterjee, first arrested by the Enforcement Directorate (ED) on July 23 following recovery of cash, jewellery and property deeds from his alleged close associate Arpita Mukherjee’s flats, was taken into custody by the CBI on September 16 on a court order.

Earlier, too, the former minister’s bail plea has been rejected by both PMLA and CBI courts.

Chatterjee held the education portfolio between 2014 and 2021 when the irregularities in recruitment of teaching and non-teaching staff in state government-sponsored and -aided schools had allegedly taken place.

The Calcutta High Court ordered a CBI investigation into the irregularities, and the ED started its probe into the alleged money trail involved in the scam.

The senior leader was relieved of his ministerial duties by the Mamata Banerjee government following his arrest by the ED. He held several portfolios, including Industry and Commerce, during his arrest.