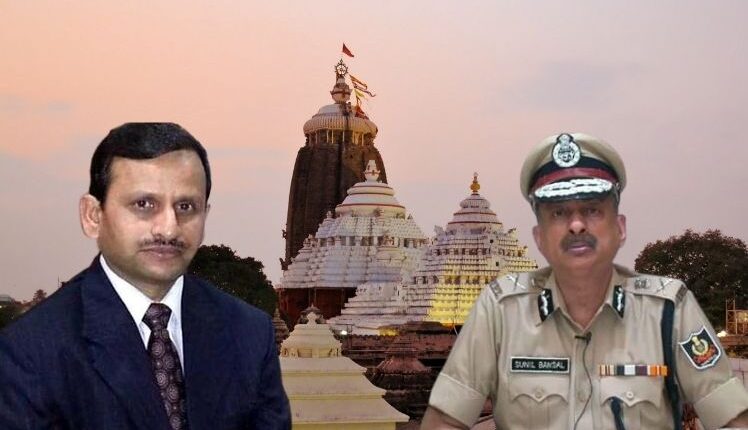 Puri: After the incident of vandalisation of around 100 earthen ovens in the kitchen of Srimandir, Chief Secretary Suresh Chandra Mahapatra and DG Police Sunil Kumar Bansal on Monday visited the Jagannath Temple.

Following the directions of Chief Minister Naveen Patnaik, Chief Secretary and state DG Police went to the mishap spot and discussed the matter with the state and temple administration.

Mahapatra said, “The CCTV footage revealed that an individual hid inside the temple kitchen and allegedly ransacked the chullahs. The person will be identified soon and steps are being taken to ensure that such incidents are not repeated in future.”

All areas of the temple will be covered under CCTV surveillance.

Addressing media persons, Bansal said, “A thorough investigation is being carried out in this case. The State Police will be guarding the temple along with Jagannath Temple Police to secure the premises at night.”

It is to be noted here that mover than 60 Pithapuri, Kothabhoga, Satapuri and Thadapuri earthen ovens (chulhas) inside the Jagannath Temple’s kitchen, known as the Rosaghara, were allegedly vandalised by some unknown persons late on Saturday night.

While the exact reason behind the vandalisation of the earthen ovens is yet to be known, it is suspected that some miscreants allegedly ransacked the chullas after the Bada Singhara besha of the deities due to business rivalry in Anand Bazar.