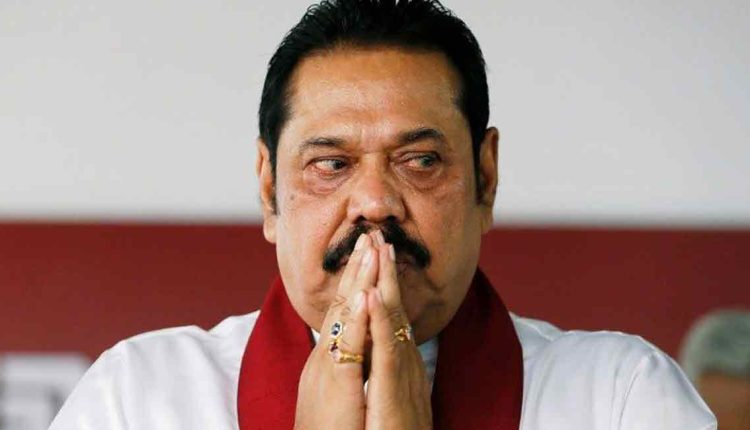 Colombo: As Srilanka facing a deepening economic crisis along with the imposition of the state of emergency, Sri Lankan Prime Minister Mahinda Rajapaksa is learnt to have responded positively to President Gotabaya Rajapaksa’s request to him to quit.

As per reports, at a special cabinet meeting at the Presiden’s House, headed by Gotabaya Rajapaksa, Mahinda Rajapaksa agreed to resign from his post as Prime Minister of Sri Lanka, reported the Colombo Page.

The Sri Lankan Cabinet had been informed that owing to the failure of the Prime Minister to cope with the country’s ongoing economic crisis, Mahinda Rajapaksa has sought to resign from his position. His resignation will also mark the dissolution of the Cabinet as well.

Further, Mahinda Rajapaksa had stated that if the only solution to the persistent economic crisis in Sri Lanka is his resignation, he is willing to do so.

Meanwhile, Sri Lankan President Gotabaya Rajapaksa had accepted that amidst strong protests by the people it has become a serious problem to manage the economic and political crisis in the country, reported the Colombo Page.

Sourav Will Do Well In Politics, Says Wife Dona Ganguly