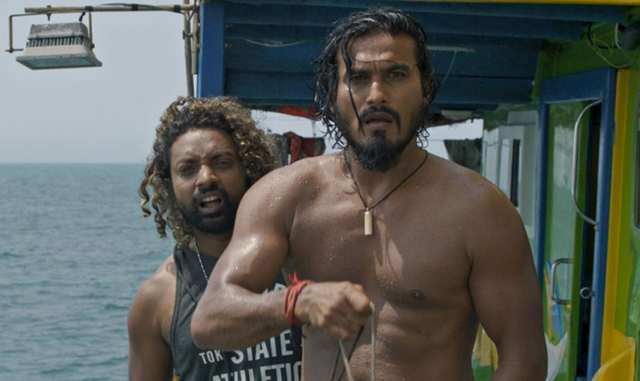 Mumbai: In the 53rd edition of IFFI, “Maariya: The Ocean Angel” (2022) directed by Aruna Jayawardhana is competing for the coveted golden peacock under the International Competition category.

1901 marked the introduction of cinema to Sri Lanka (then called Ceylon), with a film being shown for the first time in the country at a private screening for the British governor West Ridgeway and prisoners of the Second Boer War. It was a short film that documented the British victory in the Boer War, the burial of Queen Victoria and the coronation of Edward VII. From the shadows of colonialism, the entertainment industry in the small island country with a population of around 22 million has come a long way. Cinema in Sri Lanka has now become a public affair and a celebration of culture.

The film revolves around a group of fishermen in the middle of the ocean and an accidental discovery they make. Is it divine intervention? Or will this only allow them to see themselves and each other in different light? Maariya: The Ocean Angel explores these dynamics and more as it journeys in the oceans with the young lads.

The First Golden Peacock Award for a Feature Film at IFFI was presented for the film ‘Gamperaliya’(1963) by Lester James Peries, who is considered to be the Father of Sri Lankan Cinema. Will history repeat itself at the 53rd edition? We will soon find out!  But until then get ready to set sail on a cinematic adventure and don’t miss out on the screening of Maariya: The Ocean Angel

The International Film Festival of India (IFFI), founded in 1952, is among Asia’s most prominent film festivals. The idea of the International Film Festival of India is to celebrate films, the stories they tell and the people behind them. By doing so, we seek to nurture, promote and spread the enlightened appreciation and ardent love for films – far, wide and deep; to build bridges of love, understanding and fraternity among peoples; and to inspire them to scale new peaks of individual and collective excellence.

The festival is conducted every year by the Ministry of Information and Broadcasting, Government of India in collaboration with the Entertainment Society of Goa, Government of Goa, the host state. All relevant updates of 53rd IFFI can be obtained on the festival website www.iffigoa.org, on PIB website (pib.gov.in), social media accounts of IFFI on Twitter, Facebook and Instagram and also on social media handles of PIB Goa. Stay tuned, let us keep drinking copiously from the cup of cinematic celebration…and also sharing the joy of it.