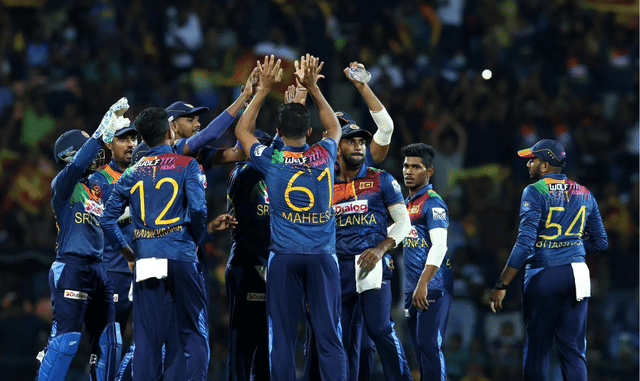 Sri Lanka have named a strong squad for the upcoming Asia Cup, commencing 27 August in the UAE. The squad will be led by their regular skipper Dasun Shanaka with Charith Asalanka as his deputy.

Sri Lanka will begin their Asia Cup campaign against Afghanistan on the opening day of the tournament at the Dubai International Cricket Stadium in Dubai.

Binura Fernando and Kasun Rajitha, who were named in the original squad, will not tour owing to injuries sustained during the SLC Invitational T20 League 2022. Asitha Fernando and Pramod Madushan are the proposed replacements for the injured duo.

An uncapped 21-year-old left-arm seamer, Dilshan Madushanka, has found a place in the squad. Another notable inclusion in the squad is Ashen Bandara, who last represented Sri Lanka in July 2021 in a T20I against India.

Also returning to the T20I mix are the experienced duo of Dinesh Chandimal and Dhananjaya de Silva, and Jeffrey Vandersay, all of whom missed Sri Lanka’s last T20I series against Australia at home in June which the visitors won by a 2-1 margin.