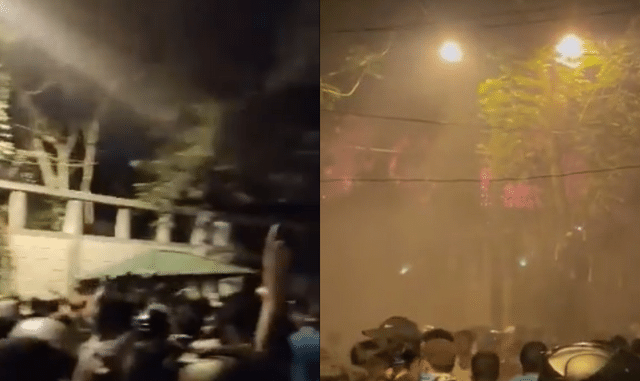 The anti-government protesters barged into the private residence of Sri Lanka Prime Minister Ranil Wickeremesinghe and set it ablaze. The PM’s office also issued a statement in this regard.

The private residence of Ranil Wickeremesinghe, who resigned as the Prime Minister of Sri Lanka Saturday to allow an all-party cabinet to take office, has been set on fire, news agency AFP reported.

“To ensure the continuation of the Government including the safety of all citizens I accept the best recommendation of the Party Leaders today, to make way for an All-Party Government. To facilitate this I will resign as Prime Minister,” he wrote on Twitter. Soon after, a group of protesters barged into his private residence and set it ablaze, news agency AFP reported.

Besides, President Gotabaya Rajapaksa too informed Speaker Mahinda Yapa Abeywardene that he will resign from his post on July 13, the Daily Mirror reported.

The anti-government protesters had been demanding the same for months.

With protests against the Sri Lanka government intensifying over the country’s worst economic crisis, a number of demonstrators stormed the President’s official residence and his secretariat in commercial capital Colombo earlier on Saturday.

Video clips of the same went viral on social media showing thousands of protesters marching towards the palatial building.