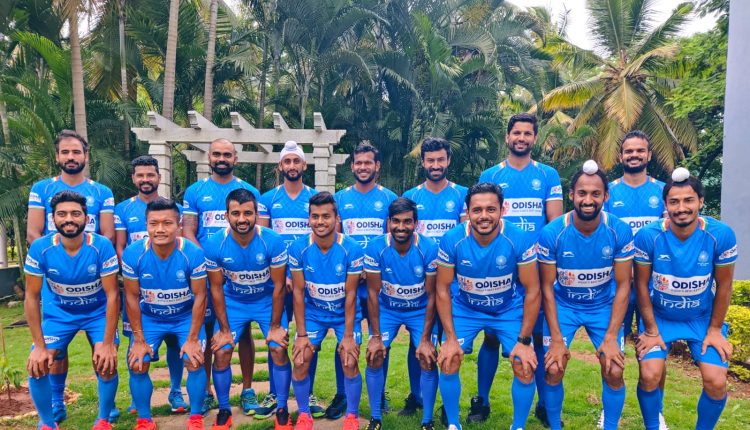 New Delhi: The sports of football and hockey have been making rapid progress in India, and a key factor in both sports moving forward together has been the support from the Government of Odisha.

In a candid chat on AIFF TV hosted by women’s National Team keeper Aditi Chauhan prior to the start of the Tokyo Olympics, the Indian Men’s National Hockey team custodian Sreejesh PR referred to Odisha as his team’s “second home” and hailed the State Government’s contribution towards developing sports in the country.

“The world today knows Odisha as the hub of sports. It’s a super sports hub. When we train in Odisha, it feels like our second home. Nowadays if you ask kids in Odisha, they don’t want to be IAS Officers or get government jobs. All of them want to play sports because they have now seen that you can have good things through sports,” Sreejesh, the wall under the Indian hockey goalpost, opined.

The Indian Men’s hockey team made it to the semi-finals of the ongoing Tokyo Olympics and are slated to meet Belgium tomorrow (August 3) in the first semi-final. The Indian women’s team created history as well, defeating Australia today (August 2) to seal their berth in the last four for the first time ever.

“Recently, the Odisha Government promised Rs 6 crore to medal winners in the Olympics — that’s huge. They are also developing 14 new astro-turfs in Odisha, which is immense. Other states should look at Odisha as an example. If Odisha can do it, they can follow the Odisha model too and go forward,” Sreejesh stated.

In February 2018, the Government of Odisha became sponsors of the Indian hockey teams in a landmark occasion and in the same year, the AIFF entered into a Memorandum of Understanding (MoU) with the State Government after which it has played hosts to a number of National Team camps, Hero I-League matches and international tournaments.

The year also saw Bhubaneswar host the FIH Men’s Hockey World Cup, which saw large crowds attend the matches and create an unforgettable atmosphere. Sreejesh recollected how playing in front of the home fans energized the whole team and stated that he is looking forward to India hosting the AFC Women’s Asian Cup next year as well.

“There’s always a positive and a negative side to playing at home. If you think about results all the time, then the negative aspect takes over. But, if you think that the crowd is there to help, then each individual cheer gives you energy.”

“We had the World Cup in Bhubaneswar and we lost a match in the group stage. Despite the loss the entire stadium stood up and cheered for us. We were like, “Wow! We are ready to give everything for these fans.” So, don’t worry about the crowd. They will be the 12th man for you and help the team positively,” Sreejesh, an Arjuna Awardee and Padma Shri recipient, averred.

Discussion On Reopening Of Colleges Is Underway: Higher Education Min