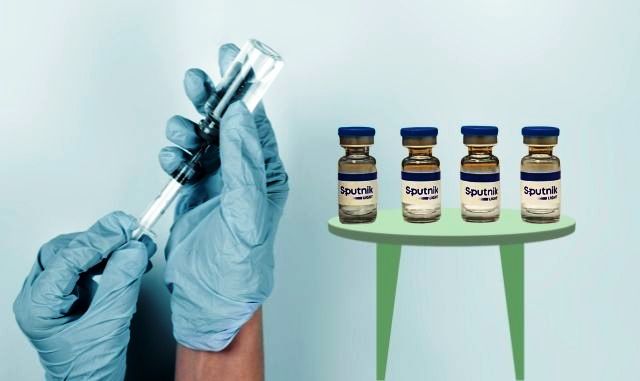 “This is the 9th Covid-19 vaccine in the country. This will further strengthen the nation’s collective fight against the pandemic” he said in the tweet.

This is the 9th #COVID19 vaccine in the country.

This will further strengthen the nation’s collective fight against the pandemic.

The approval comes after Dr Reddy’s Laboratories submitted a proposal to the DGCI to register Sputnik Light vaccine as a booster dose against COVID-19.

In a press note, the Russian Direct Investment Fund (RDIF, Russia’s sovereign wealth fund) announced today that the Russian one-shot Sputnik Light vaccine against coronavirus has been authorized by the Drug Controller General of India.

Thus Sputnik Light has been registered in more than 30 countries with total population of over 2.5 billion people. A number of countries, including Argentina, Bahrain, UAE, San Marino and Philippines, have already authorized Sputnik Light as a universal booster.

A preliminary study of the Gamaleya Center has found that Sputnik Light as a booster significantly increases virus-neutralizing activity against Omicron, which is comparable to titers observed after Sputnik V against wild-type virus, associated with high levels of protection.

A unique comparative study[1] conducted at Lazzaro Spallanzani National Institute for Infectious Diseases in Italy by a team of 12 Italian and 9 Russian scientists led by Francesco Vaia, Director of the Spallanzani Institute and Alexander Gintsburg, Director of the Gamaleya Center has shown that Sputnik V vaccine demonstrates more than 2 times higher titers of virus neutralizing antibodies to Omicron (B.1.1.529) variant than 2 doses of Pfizer vaccine (2.1 times higher in total and 2.6 times higher 3 months after vaccination).

The study was conducted in the equal laboratory conditions on comparable sera samples from individuals vaccinated with Sputnik V and Pfizer with a similar level of IgG antibodies and virus neutralizing activity against Wuhan variant. Sputnik V showed significantly smaller (2.6 times) reduction of virus neutralizing activity against Omicron as compared to reference Wuhan variant than Pfizer vaccine (8.1-fold reduction for Sputnik V in contrast to 21.4-fold reduction for Pfizer vaccine).

Based on the data collected by the Spallanzani Institute and results of previous studies, heterologous (“mix & match”) boosting with Sputnik Light is the best solution to increase other vaccines’ efficacy and extend the booster protection period as optimal adenoviral platform configuration provides better protection against Omicron and other mutations.

Sputnik Light is based on recombinant human adenovirus serotype number 26 (the first component of Sputnik V). A one-shot vaccination regimen of Sputnik Light provides for ease of administration and helps to increase efficacy and duration of other vaccines when used as a booster shot.

Dr. Reddy’s Laboratories, a major partner of RDIF in India, has conducted local clinical trials of Sputnik Light in India. Positive data from these trials have been presented to India’s regulator and contributed to the positive decision by DCGI.

Clinical studies and the real-world data in many countries have demonstrated Sputnik Light is a safe and effective vaccine when used both on a standalone basis and as a booster.

A study in Argentina on heterogeneous regimens combining Sputnik Light and vaccines produced by AstraZeneca, Sinopharm, Moderna and Cansino has demonstrated that each “vaccine cocktail” combination with Sputnik Light provided higher antibody titer on 14th day after administering the second dose as compared to original homogenous (same vaccine as first and second dose) regimens of each of the vaccines.

Sputnik Light will add to India’s national vaccine portfolio and join Sputnik V, which was approved in the country in April 2021. India is the leading production hub for Sputnik V.

Sputnik V and Sputnik Light are based on a safe and effective human adenoviral vector platform and have not been associated with rare serious adverse events following vaccination, such as myocarditis or pericarditis. The highest safety and efficacy of Sputnik V and Sputnik Light was demonstrated in more than 30 studies and real-world data from more than 60 countries.

Sputnik V has been authorized in 71 countries with total population of over 4 bn people. To facilitate the necessary production capacities, RDIF has reached agreements with the leading Indian pharmaceutical companies, including Serum Institute of India – the world’s largest vaccine producer, as well as Gland Pharma, Hetero Biopharma, Panacea Biotec, Stelis Biopharma, Virchow Biotech and Morepen.

“Authorization of Sputnik Light in India is another major step in successful cooperation between Russia and India in the fight against COVID. Sputnik Light has proven to be safe and effective both as a standalone vaccine and a universal booster shot to vaccines of other producers, helping to induce stronger immune response as compared to two shots of the same vaccine. The heterologous boosting approach using Sputnik Light is the solution to increase efficacy and duration of other vaccines, including against Omicron variant.”