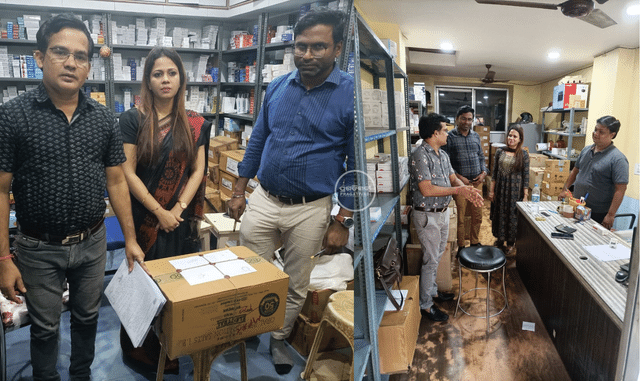 Cuttack: Continuing its crackdown on the supply of spurious BP medicines, the Drug Controller team on Thursday seized huge quintiles of Telma-40 medicines used for the treatment of Blood Pressure in Cuttack.

The seized drugs are worth Rs 22 lakh, which were found in three pharmaceutical firms in the millennium city. On a tip-off, the team carried out simultaneous raids on three units at Nimchaudi and Nayasarak areas of the town.

The drug controller team has been conducting raids at different places in Cuttack for the last three days. A day before, the raiding team had also seized the fake medicines of the same brand from Dolamundai area.

The investigating team will visit Gaya and Bengaluru on Friday to extract details of the manufacturing units making the life-saving drugs. Another team will also tour Bihar for the same.