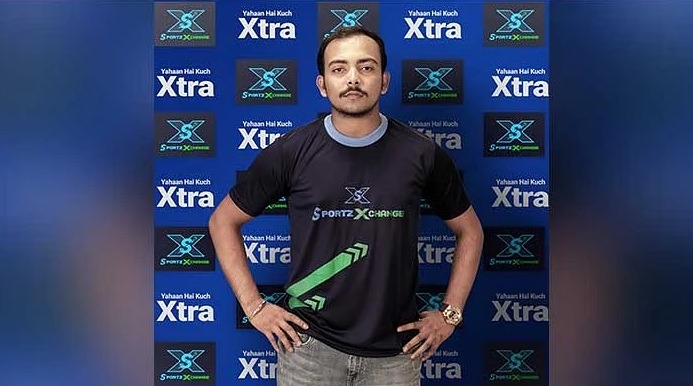 New Delhi: SportzXchange, one of the newest additions to the fantasy sports landscape in India, has roped in Prithvi Shaw, as its brand ambassador.

SportzXchange will create engaging content featuring Prithvi Shaw as part of an integrating campaign with a theme “Yahaan Hai Kuch Xtra” that will help build awareness about the differentiated offerings and amplify the reach of the brand during upcoming IPL/Fantasy matches.

As opposed to its contemporaries, SportzXchange allows its users to choose their favorite player(s) thrice while making their team within an allocated budget of game credits.

Prithvi Shaw recently made a stellar comeback, smashing all records with an impeccable form. As he becomes the first batsman to score 800 runs in a single season of the Vijay Hazare trophy, Prithvi embodies a sense of young energy and potential, offering more than what is expected.