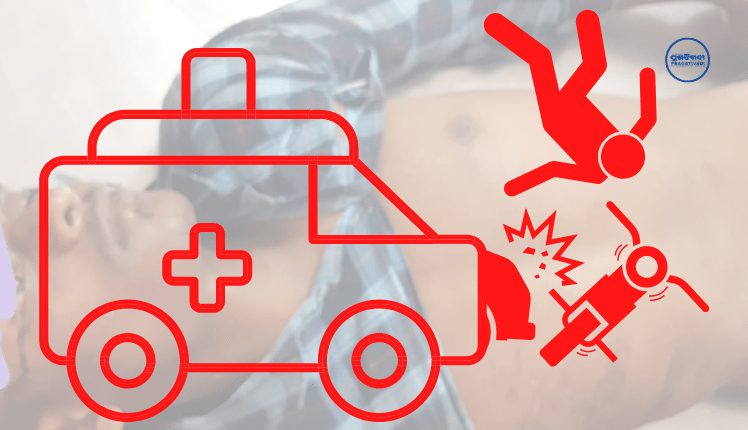 Dhamnagar: A 20-year-old youth died and two others were critically injured after a speeding 108 Ambulance collided head-on with a motorcycle near Birunha bridge in Dhamnagar of Bhadrak district on Sunday.

Reports said that the trio was moving on a motorcycle near Birunha bridge when the emergency vehicle, which was moving at a high speed, hit them head-on killing one on the spot and two others critically injured.

According to sources, the deceased youth, who was driving the motorcycle, has been identified as Abinash Mahalik (20), son of Natabara Mahalik, resident of Birunha village.

Two other youths– Anshuman Mohanty and Abhishek Mohanty– both hailing from the same village, who were riding pillion on the same bike, sustained critical injuries in the mishap, and are undergoing treatment at Bhadrak district headquarters hospital, sources added.

As per reports, tension prevailed in the locality after locals thrashed the Ambulance driver black & blue to vent their anger over the youth’s death.

Later on intimation, police reached the scene and took the ill-fated driver of the emergency vehicle into custody. A pall of gloom descended in the village following the youth’s tragic death.