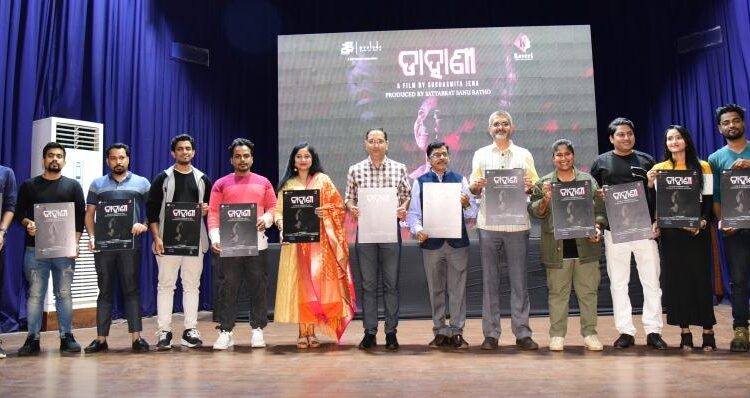 Bhubaneswar: A special screening of Odia short-film “Dahani” was organized at Jaydev Bhawan, Bhubaneswar. Produced by Satyabrat Sanu Ratho, the film has been directed by the young and emerging director Subhasmita Jena.  Under the banner of Prelude Productions and Kaveri Film Entertainment, these 35 minutes long woman-centric tale tells the story through the eyes of a tribal woman named Phoola.

A government official named Meera posted in an interior Odia tribal village. She was disheartened to see her young tribal maid, an ever-smiling Phoola, turned out to be a victim of domestic violence. Later, Phoola is believed to be possessed by an evil spirit and she is exorcized by the community priest and Meera becomes a helpless spectator to this sad state of affairs. Meera is amazed to witness the tribal society believing in supernatural powers that have been influencing them since time immemorial. However, the film concludes with a twist enquiring this pertinent question if this age-old superstition can be employed as an instrument of resistance, confrontation and liberation.

Ratho, who has always believed in giving opportunities to the new generation of techies and artists, said, “It’s a pleasure witnessing such talented lady directors coming up with women-centric films with a fresh perspective. We hope this will inspire other aspiring creators to come forward and show something new through the medium of film. The social message in Dahani will definitely touch everybody.”

Excited for the screening, Subhasmita said, “It has been a hectic yet interesting journey of 365 days for this film. Thanks to all my team members and Prelude Productions for trusting me and my work. I am eagerly waiting for the honest reviews from my viewers.”