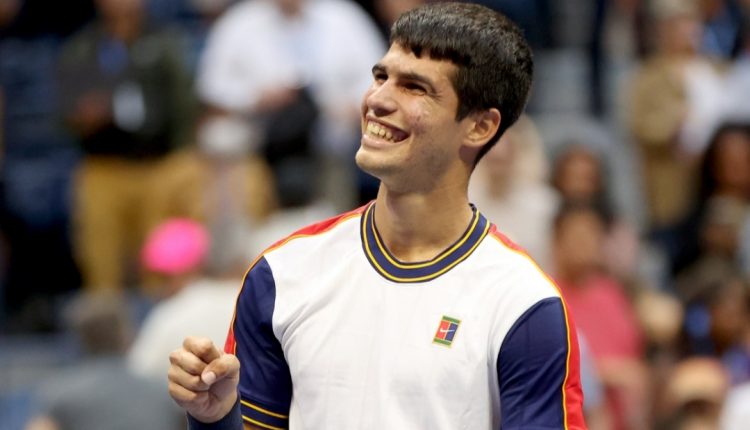 New York: Carlos Alcaraz has become the youngest male quarter-finalist at the US Open since 1963.

The 18-year-old from Spain reached the final eight at Flushing Meadows by beating qualifier Peter Gojowczyk of Germany 5-7, 6-1, 5-7, 6-2, 6-0 on Sunday. Alcaraz also becomes the youngest men’s quarter-finalist at any grand slam tournament since Michael Chang, who was also 18 when he reached the last eight at the 1990 French Open.

Alcaraz, the world No 55, had upset the third seed Stefanos Tsitsipas in his previous match. He will now play another young talent, 21-year-old Canadian Félix Auger-Aliassime, for a place in the semi-final. Auger-Aliassime beat American Frances Tiafoe in four sets on Sunday night.