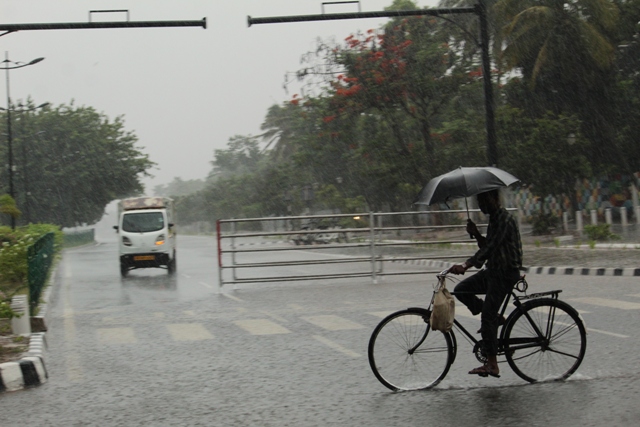 Bhubaneswar: The Meteorological Centre on Wednesday predicted light to moderate rain in several parts of south Odisha on December 10 and 11 under the influence of Deep depression that is likely to concentrate into a cyclone over Bay of Bengal.

The districts which are likely to report downpour are Ganjam, Gajapati, Malkangiri, Kandhamal, Rayagada and Koraput.

The weather agency stated that night temperature is likely to go up due to cloudy weather. During December 10, 11, parts of Odisha will experience warmer night due to a rise of mercury.

The cyclone will have no direct impact on the State as it is heading towards Tamil Nadu. The phenomenon is most likely to impact Tamil Nadu, Puducherry and adjoining Andhra Pradesh.

The deep depression over south-east Bay of Bengal is active and may concentrate into a cyclone in by this evening, weather department predicted.