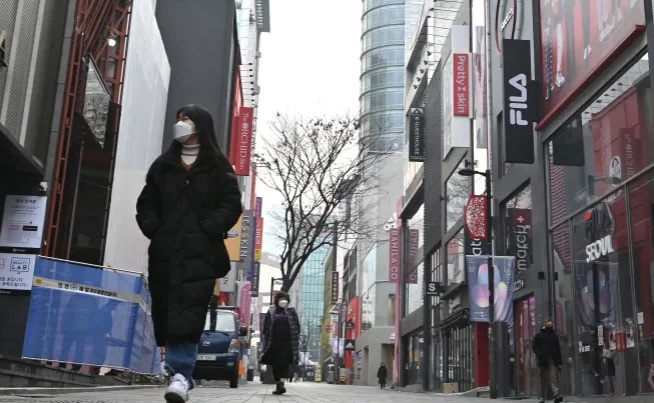 Seoul: South Korea has reported its largest daily increase in coronavirus infections on Christmas Day. The Korea Disease Control and Prevention Agency (KDCA) reported 1,214 new cases on Friday, the highest daily count recorded, with a large outbreak at a prison in the capital, Seoul.

More than 870 of the new cases were from the greater capital area, home to half of the country’s 51 million population, where nearly 300 infections so far have been linked to a huge prison in Seoul. Clusters have been popping up from just about everywhere in recent weeks, including hospitals, long-term care facilities, churches, restaurants and army units.

South Korea had early success in quickly controlling outbreaks with aggressive testing and contact tracing but has struggled to contain the recent surge in cases.

The country has been expanding its mass testing program to slow the rate of transmissions and more than 118,000 tests were conducted on Thursday alone. Officials are also clamping down on private gatherings through Jan. 3, shutting down national parks and ski resorts and setting fines for restaurants if they receive groups of five people or more.

Greater Seoul is currently under level 2.5 restrictions – the second-highest in the nation’s five-tier system – with nightclubs closed and restaurants allowed to provide only deliveries and takeouts after 9pm (12:00 GMT).

Testing has been ramped up to track cases from unknown origin and infected people who are not displaying symptoms. Chung said the daily testing in Seoul and outlying regions have surpassed the 110,000 mark.