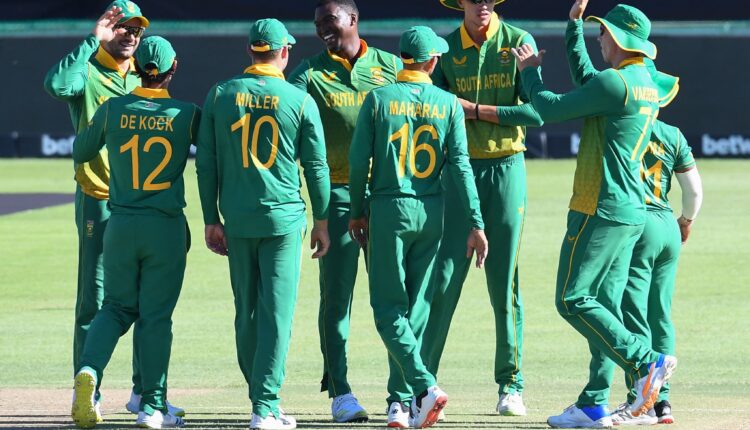 Paarl: The three-match series has taken a lead of 1-0 by South Africa after the home team beat India in the first ODI at the Boland Park in Paarl.

The South African team restricted the visitors for 265/8 in 50 overs while defending 297.

Shikhar Dhawan, Shardul Thakur and Virat Kohli scored a half-century for India in the chase but there was no support from the other batters.

Shardul Thakur played a late cameo, waging a lone battle and hitting a stylish fifty, but the match was all but lost till then as wickets kept on tumbling from the other end.

Wickets fell like a pack of cards after India lost the experienced duo of Dhawan and Kohli in quick succession. Shreyas Iyer (17), Rishabh Pant (16) and Venkatesh Iyer (2) were the next Indian batters to depart in a space of 18 deliveries.

It was a clinical bowling performance for South Africa in the first ODI. Lungi Ngidi, Tabraiz Shamsi and Andile Phehlukwayo picked two wickets each while Aiden Markram and Keshav Maharaj got one each for the home team.

Earlier, Temba Bavuma and Rassie van der Dussen scored hundreds for South Africa as the home team posted 296/4 in 50 overs. The duo added 204 runs for the fourth wicket which is the second-highest partnership for Proteas for any wicket against India in ODIs