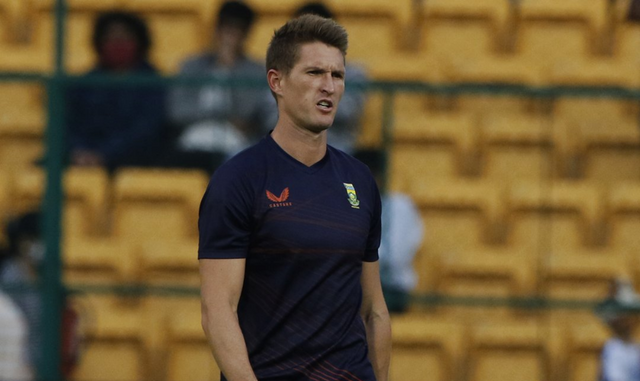 South Africa all-rounder Dwaine Pretorius has been ruled out of the ODIs against India and the ICC Men’s T20 World Cup in Australia.

A fracture on his left thumb has ruled Pretorius out of the ODIs against India and the upcoming ICC Men’s T20 World Cup 2022. Pretorius, who was the joint-highest wicket-taker for South Africa in the T20 World Cup last year, has been an integral part of their plans in this format.

Pretorius has featured in eight T20Is so far in 2022, taking 12 wickets at an average of 20.66 and most importantly, scoring quick runs with the bat down the order.

Pretorius copped the injury during the third T20I against India on Tuesday in Indore. Marco Jansen and Andile Phehlukwayo are the all-rounders named in the reserves for the T20 World Cup, and one of them will likely replace Pretorius in the squad for Australia.

Pretorius is the second key player from South Africa to miss the T20 World Cup, middle-order batter Rassie van der Dussen was ruled out with a finger injury last month.