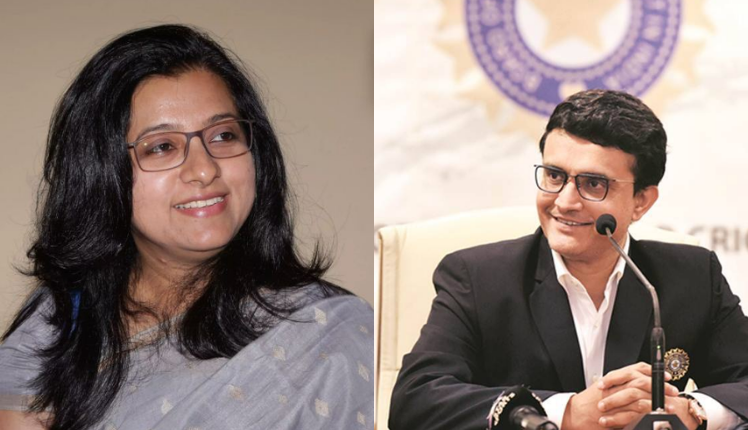 Sourav Will Do Well In Politics, Says Wife Dona Ganguly

On Saturday morning, Ganguly and his wife Dona were present at the inauguration of a private hospital here alongside State Transport Minister and Kolkata Municipal Corporation Mayor Firhad Hakim, where the latter made the comment when asked about the possibility of the BCCI president joining active politics.

“Sourav would do well if he joined politics. Guessing is the task (job) of people. If anything of that sort happens, everyone will come to know of that. All I can say is that Sourav will do well in politics and work for the welfare of people,” Dona told the reporters.

She noted that West Bengal Chief Minister Mamata Banerjee was very close to their family. However, she also added that politics was not discussed during the dinner with Amit Shah on Friday evening.

The rumors about Sourav joining the BJP also did the rounds just ahead of the 2019 general elections. But Ganguly has, till now, stayed away from taking the plunge.