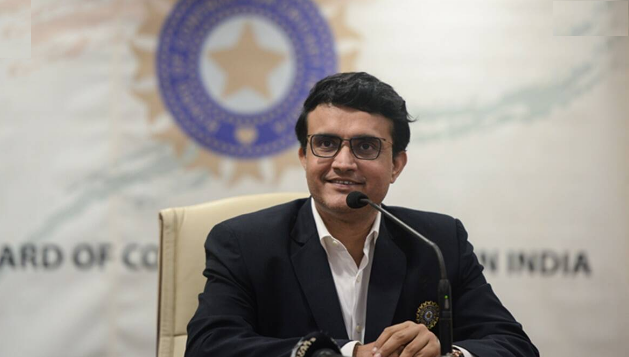 Mumbai: Board of Control for Cricket in India (BCCI) president Sourav Ganguly has said that he would not signify baseless allegations and rumours against him of influencing the India team selection process. The BBCI boss said this in an exclusive interview by the news agency Press Trust of India (PTI).

It is pertinent to mention here that, an image of Ganguly sitting in a meeting next to former selection committee chairman MSK Prasad, then captain Virat Kohli, then vice-captain Rohit Sharma and other office-bearers went viral.

When asked about the allegations that he has been influencing the selection committee and sitting in the meetings to put pressure on the selectors, Ganguly gently said he understands his role as the chief of the Indian cricket board and rubbished the allegations against him.

“Also just to let you know, I see a picture doing the rounds (of social media) showing me sitting in a selection committee meeting…I want to make it clear, that picture (where Ganguly can be seen sitting with secretary Jay Shah, skipper Virat Kohli and joint secretary Jayesh George) wasn’t from a selection committee meeting as speculation was rife that Ganguly had attended selection meetings in the past,” said Ganguly.

The BCCI president not only rejected the accusations against him but also offered a gentle reminder to his critics — much before becoming the BCCI boss, he was a celebrated India cricketer and played in a whopping 424 international matches, of which 113 are Tests.

All smiles at the Senior Selection Committee meeting earlier this afternoon as the teams for the forthcoming T20I & Test series against Bangladesh were announced #TeamIndia 🇮🇳🇮🇳📸📸 pic.twitter.com/BxA1S6Hc0Z

The BCCI, in a tweet in 2019, had mentioned a selection committee meeting for India’s home series against Bangladesh and shared the photo in which the board president was also posing for the camera.

Besides, Ganguly also answered questions on other sensitive issues like the recently-announced resumption of the Ranji Trophy in two phases, the most-awaited decision on India’s new Test captain, and commencement of the Women’s IPL. He further revealed that the India-West Indies T20Is in Kolkata this month will be a “closed-door” affair.

When asked about speculation of a possible rift with Board secretary Jay Shah, Ganguly laughed and said: “I share a fantastic relationship with Jay. He is a very dear friend and a trusted colleague. Me, Jay, Arun (Dhumal), and Jayesh (George), we have all been working together to get the board going in these difficult times especially with COVID-19 in these two years. To make sure that cricket happens. I would say it has been a fantastic two years. We have all done it as a team.

On being questioned, what kind of a new Test captain he would see after Virat Kohli stepped down, Ganguly said that an announcement about India’s Test captain will be made in the coming days and the Chetan Sharma-led selection committee will take a call regarding that.

“Obviously, there are certain parameters of leadership and whoever fits the bill will be the next Indian Test captain. I believe selectors will have a name in mind and they will discuss it with office-bearers — President and Secretary — and it will be announced in due course of time,” said the BCCI president.