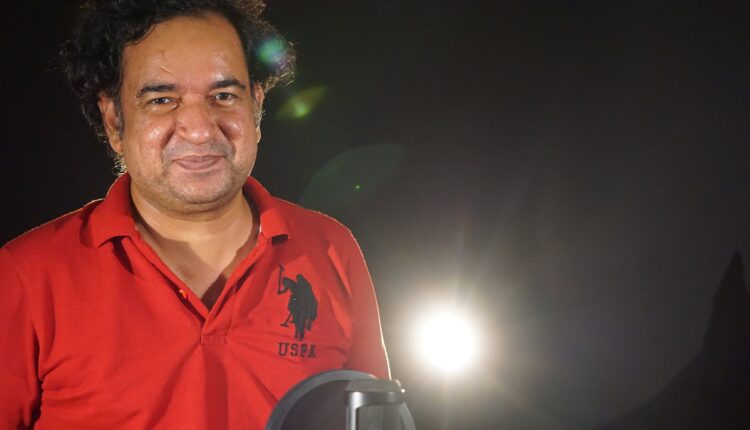 Mumbai: Award-winning film director and writer Sonu Tyagi will soon direct the music video of US-based international singer and music director Rajan Shah. This Music Video will be filmed in India. To begin with, the music video of two songs of Rajan Shah will be produced in India. Sonu Tyagi is the founder of Approach Entertainment as well as a nonprofit spiritual organization, Go Spiritual India. Approach Entertainment is a Mumbai-based film production and celebrity management company with operations in New Delhi, Gurugram, Goa, Chandigarh & Dehradun. Before launching his own venture, he worked with leading advertising agencies and media organizations.

After graduating in psychology from MMH College, Ghaziabad, Tyagi earned his post-graduation degree in journalism and advertising management as well as in film production from Bharatiya Vidya Bhavan, New Delhi.

Rajan Shah is a US-based international singer and music director of Indian origin and he shall be shooting his music video in India for the first time. The music video of this Hindi song by Rajan Shah will be produced and directed by Sonu Tyagi. Sonu Tyagi has been the executive producer of many Bollywood films and has been directing and writing advertisement films, music videos, and short films for the past many years.

Along with this, he is also going to direct & produce a film and web series on the crime world of western Uttar Pradesh. It will be filmed next year mainly in the cities of Ghaziabad, Meerut, and Muzaffarnagar in western Uttar Pradesh besides Uttarakhand.  Along with this, he is also the Indian producer of a major OTT Hollywood film which is due to be filmed in India next year.

Currently, Rajan Shah will be coming to India for the recording and music video of two songs “Firoji Saari” and “Jabse Tujhse”. However, Rajan has a collection of over a dozen songs ready in his songs bank and he wants to work on those songs later on!

Go Spiritual India also works towards the eradication of hunger and engages in dedicated donations of food, warm clothes, and blankets during the winter season in North India for the underprivileged homeless people. This charitable work has been undertaken by Go Spiritual India on a consistent basis!