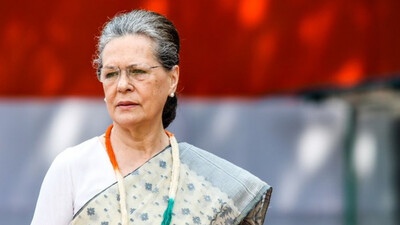 New Delhi: The Congress has planned another show of strength as the Enforcement Directorate (ED) questions party chief Sonia Gandhi today in an alleged money laundering case connected to the National Herald newspaper. Mrs Gandhi’s questioning had been deferred earlier after she tested positive for Covid and was hospitalised. After being released from hospital in mid-June, she had asked for more time to appear before the agency.

Congress leaders met on Wednesday evening to finalise details of the protests. As Mrs Gandhi leaves for the ED office at 11 am, AICC office bearers and members of frontal organisations will accompany her in a mark of solidarity, sources said.

Party MPs will join as soon as they can after parliament adjourns. State units will also hold protests in state capitals.

The Congress had held elaborate protests when Mrs Gandhi’s son, the party’s former chief Rahul Gandhi, was questioned by the agency.

The agency had earlier questioned senior party leaders Mallikarjun Kharge and Pawan Bansal in connection with the case.

The ED has been investigating the role of the Gandhis in the case which involves the Young Indian’s takeover of AJL (Associated Journals Limited), the company which ran the National Herald newspaper.