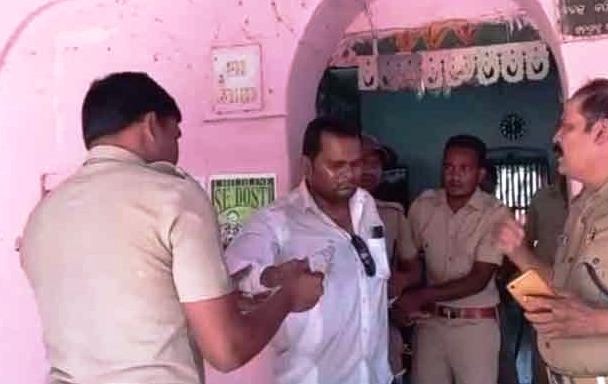 Sonepur: A contractor allegedly attempted to set himself on fire inside the Binika police station over non-payment dues of Rs 87,000 by the engineer following road construction work.

The contractor has been identified as Trilochan Purohit (Sintu) of Jharbahali village in the district.

According to available information, Trilochan was forced to adopt the extreme step as his dues remained unpaid by one Vijay Murty, who was posted as Junior Engineer (JE) of Ulunda block in 2011-2012, when a road construction work worth Rs 5 lakh was done for the improvement of the Jharbahali village here. Trilochan worked as a contractor in the project, but was not paid with Rs 87,000.

Murthy had lodged a written complaint with Binika police station on 18 February.

He was reportedly overpowered by the officials present at the spot refraining him to harm himself.