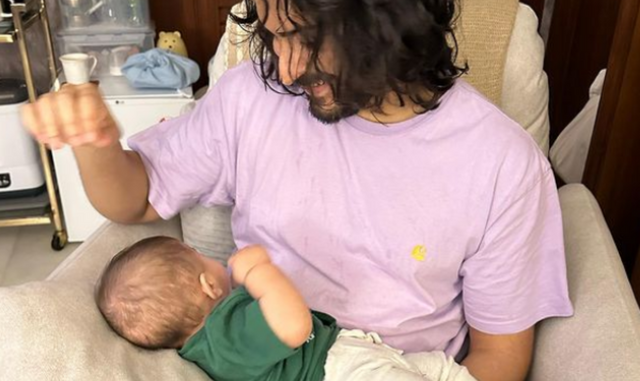 New Delhi: Sonam Kapoor and Anand Ahuja are experiencing one of the best phases of their life. The couple currently embraced parenthood in August this year. She often shares pictures and videos with baby Vayu.  While they keep their little one’s face hidden, they share the most adorable glimpses of baby Vayu.

Now, Sonam has shared an appreciation post for her brother Harshvarrdhan Kapoor. She dropped a picture of Harshvarrdhan holding baby Vayu, and called him the ‘best mama’.

Sonam Kapoor took to her Instagram to post a picture that shows Harshvarrdhan smiling at Vayu, while he holds him on his lap.  Sharing the picture, Sonam wrote, “ @harshvarrdhankapoor vayu loves you you’re the best mama.. #nephew #mamalove.”