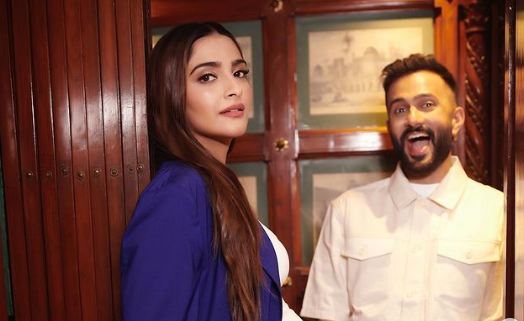 New Delhi: Bollywood actor and Anand Ahuja’s home in New Delhi has been looted with cash and jewellery worth Rs 1.41 crore stolen.

As per reports by Pinkvilla, the matter came to the fore after Sonam Kapoor’s husband Anand Ahuja’s grandmother Sarla Ahuja when Sarla Ahuja checked her cupboards, she found her jewellery and cash missing. She approached the police on February 23 to lodge a complaint about the theft.

According to the article, Sonam’s father-in-law  Harish Ahuja and mother-in-law Priya Ahuja live in Delhi with Anand’s grandmother, Sarla Ahuja, on Amrita Shergill Marg. Sarla Ahuja (grandmother) discovered the theft on February 11 when she checked her cupboards for jewellery and cash, according to her complaint. The complaint was filed on February 23. She admitted to the cops that she hadn’t looked at the jewellery in two years.

On the basis of the complaint, the police have been examining the CCTV footage of the past years to identify any suspects in the matter.

The actor’s home employs 25 people, including 9 caretakers, drivers, gardeners, and other workers.

Our goal is to make Bhubaneswar the No. 1 city: BBSR Mayor Sulochana Das