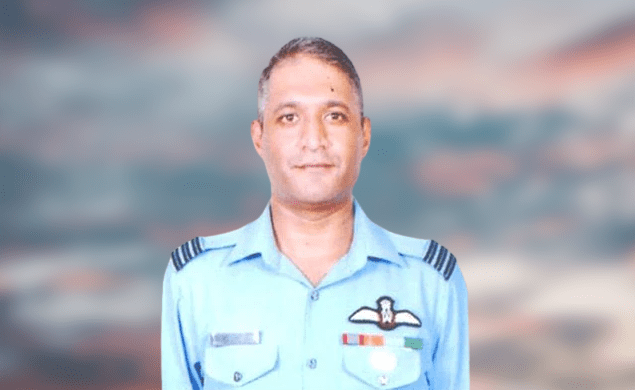 Bhubaneswar: Group Captain Varun Singh, the sole survivor of IAF chopper crash that claimed the lives of Chief of Defence Staff General Bipin Rawat, his wife Madhulika and 11 others, has been airlifted to Bengaluru.

According to the latest report by NDTV, Group Captain Singh was taken in an ambulance from a military hospital in Wellington to Sulur Air Base from where he was airlifted to Bengaluru for further treatment at the Command Hospital.

Defence Minister Rajnath Singh told parliament this morning that Group Captain Singh is on life support and “all efforts are being made to save him”.

Group Captain Singh was in Sulur to receive General Rawat and escort him to the Defence Services Staff College in Wellington where the latter was to address the faculty and students at the institute, where Group Captain Singh is Directing Staff.

The IAF Mi-17V5 helicopter carrying Gen Rawat and others left Sulur IAF station in Tamil Nadu around 11.48 am and was supposed to land at DSSC in Wellington at Udhagamandalam at 12:15 pm. However, the ATC at Sulur lost contact with the chopper at around 12:08 pm.

Later, some locals saw the chopper in flames and rushed to the accident site. Soon, the local administration sent a rescue team to the crash site which tried to evacuate the survivors. Singh was taken from the crash site to the military hospital in Wellington with severe burn injuries.

It may be mentioned here that, Indian Air Force’s Group Captain Varun Singh was awarded the Shaurya Chakra on Independence Day this year for saving his LCA Tejas fighter aircraft during an aerial emergency in 2020.

55% of IIT Bhubaneswar B.Tech Students Get Top Placements in 3 Days