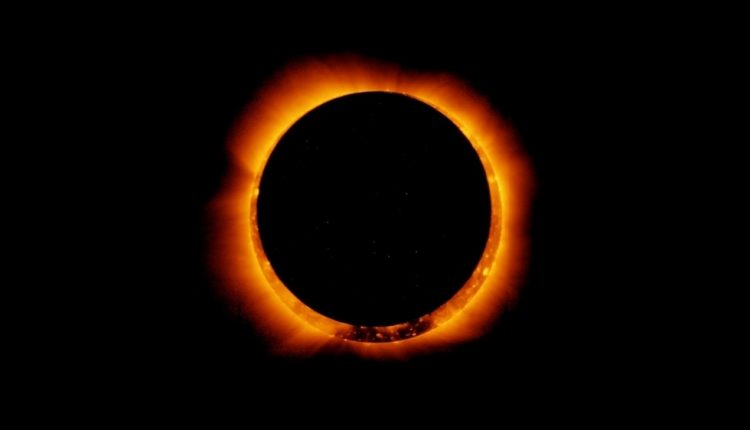 New Delhi: A partial solar eclipse on Tuesday evening enthralled stargazers, who pointed their telescopes towards the sun to watch the celestial tango, while the faithful bathed in lakes and rivers at pilgrimage sites to mark the occasion.

Astronomical telescopes at Hanle in Ladakh, Naintal in Uttarakhand and several amateur and professional astronomers watched the eclipse that began at 4:17 p.m as the moon started covering the solar disc.

A solar eclipse occurs on a new moon day when the moon comes in between the earth and the sun and when all the three objects are aligned. A partial solar eclipse will occur when the lunar disk covers the solar disk partially.

Astronomy clubs set up public viewing of the eclipse at several locations across the country and even distributed special eyewear to watch the eclipse.

In Gorakhpur, Uttar Pradesh Chief Minister Yogi Adityanath witnessed the eclipse at the Veer Bahadur Singh planetarium with a telescope and special glasses. The partial solar eclipse was observed in several parts of the country with Srinagar witnessing the maximum obscuration of the solar disc at 55 per cent. In Delhi 43 per cent of the solar disc was covered by the shadow of the moon, Jammu (52 per cent), Bengaluru (9.9 per cent), Kochi (5.1 per cent).

Kharge To Assume Charge As Congress President On Wednesday