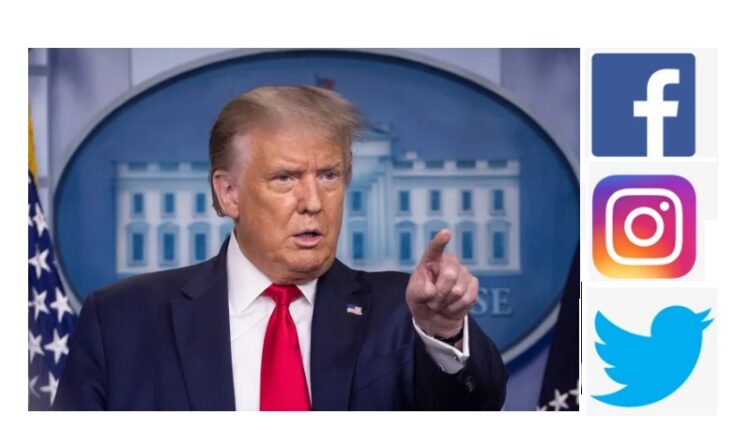 Trump has been barred from posting on Twitter amid riots at the U.S. Capitol, in which his supporters stormed the building as lawmakers count the Electoral College votes certifying President-elect Joe Biden’s November election win.

Twitter blocked Trump for 12 hours and also threatened to impose a permanent ban on him as he continued to post conspiracy theories related to the 2020 election results. Facebook, on the other hand, locked Trump’s account for 24 hours.

As a result of the unprecedented and ongoing violent situation in Washington, D.C., we have required the removal of three @realDonaldTrump Tweets that were posted earlier today for repeated and severe violations of our Civic Integrity policy,” Twitter said. “Future violations of the Twitter Rules, including our Civic Integrity or Violent Threats policies, will result in permanent suspension of the account.”

Twitter said that it will continue to evaluate the situation on the ground and statements made on its platform. “We will keep the public informed, including if further escalation in our enforcement approach is necessary,” it added.

After Facebook’s announcement, head of Instagram, Adam Mosseri, tweeted that the social media platform was pursuing similar measures, writing, “We are locking President Trump’s Instagram account for 24 hours as well.”

A mob entered the Capitol building earlier in the day as members of the Congress met to certify the results of the 2020 presidential elections, which Joe Biden won. A woman was shot dead inside the Capitol. The incident triggered shock in the US and across the world.