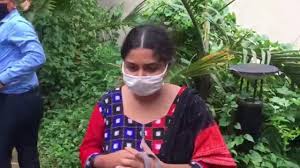 Reportedly, Bidyashree has been admitted to SCB Medical College & Hospital in Cuttack.

Meanwhile, the incident, which was captured live by Bidyashree on the social media site Facebook, has surfaced.

In the video, Bidyashree was seen crying saying that she is being mentally harassed for which she decided to end her life. She also showed a diary and said no one should blame my family like people harassed me for my husband’s death.

Demanding justice, she took some names and consumed the sleeping pills.

Worth mentioning, Aditya was found dead on the railway tracks near Lingaraj Temple Road railway station in Bhubaneswar on July 7.