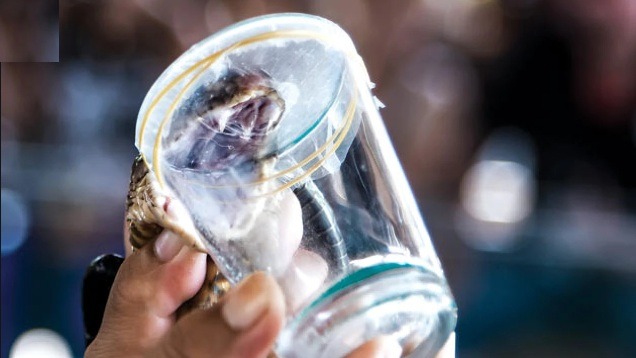 The accused persons have been identified as residents of Bolangir district.

The forest department was tipped off about the racket’s activities in the Capital City. Following this, a deal was struck by undercover officials masquerading as prospective customers.

As the conduits handed over the containers at the trap point, forest department sleuths rounded them up. They were swiftly taken into custody.

Two bottles containing 1.3 litre venom was seized from the possession of the accused. The cops also detained seven to eight more persons, including a woman, from Master Canteen area here for interrogation in connection with the case.