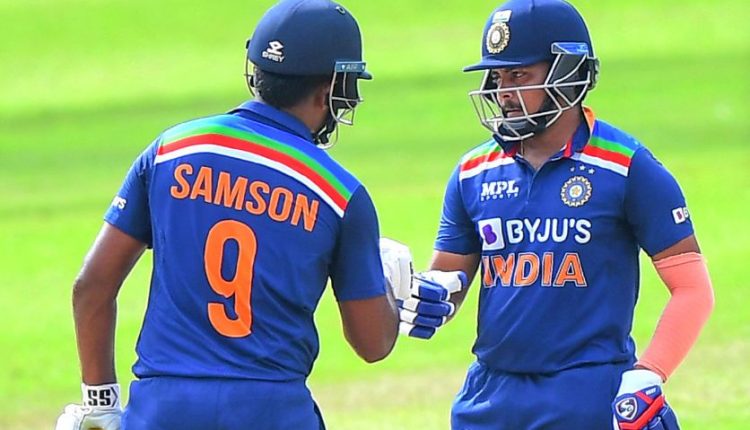 Colombo: Dismantling India’s young batting line-up, Sri Lankan bowlers pushed men in blue to the back foot as the former bowled out them for 225 in 43.1 overs in the third and final ODI at Colombo.

After the delay due to rain, the number of overs have been reduced to 47 overs per side, and taking benefit of this opportunity, Akila Dhanajaya, and Praveen Jayawickrama got three wickets apiece.

The batting in the top half had been really good as Prithvi Shaw got its acceleration and missed another half-century. While Shaw scored 49, Sanju Samson made his contribution with 46 runs.

Sri Lanka dominated for around 70 percent of the match and was able to bundle out India for 225 runs.

India have handed out five debuts as they made six changes for this game. Sanju Samson, Nitish Rana, Krishnappa Gowtham, Rahul Chahar, and Chetan Sakariya were all given their ODI caps as Ishan Kishan, Krunal Pandya, Yuzvendra Chahal, Kuldeep Yadav, and Bhuvneshwar Kumar made way.