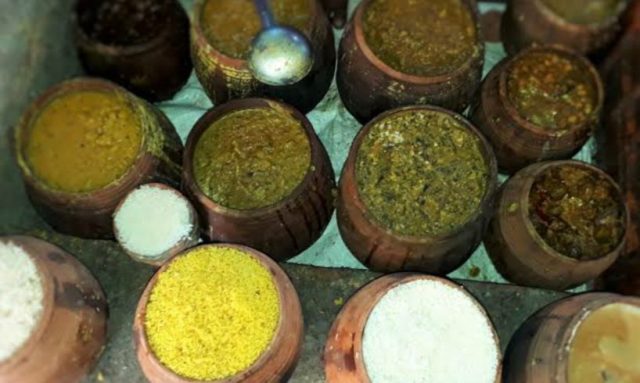 Puri: Sudden rise in the footfall of pilgrims and ‘broker raj’ have pushed the prices of Mahaprasad or Abadha at Shree Jagannath temple here during Panchuka, the last five days of holy month of Kartik.

The Mahaprasad which has an immense demand during the holy month is being sold at double of the normal price. A small pot of rice (Anna) which was available in the Abhada Market at Rs 100, is being sold at Rs 200, said a devotee.

On the other hand, Suar Nijog (body of servitors, who prepare Mahaprasad in the temple) held some middlemen responsible for the soaring prices. The Nijog alleged that middlemen, taking advantage of rising demand of the Prasad, sell the divine food at skyrocketing prices outside the Anand Bazar (Abadha market).

Moreover, devotees are not allowed to enter in any other gates rather than Singhadwar which leads to heavy rush. So, devotees have not preferred to get the Anna prasad from the temple-assigned market due to rush. Rather, they turned their attention to north gate where some brokers are allegedly selling the Prasad.

The temple administration should keep open the other gates for the smooth movement of the devotees and evict the middlemen indulging in the sale of holy food at exorbitant prices.

Collector Samarth Verma has assured to look into the matter. He said the barricade has been widened in view of huge congregation of the pilgrims. Measures have been taken for the smooth darshan of devotees.

A Divine Glimpse Of Lord Jagannath!