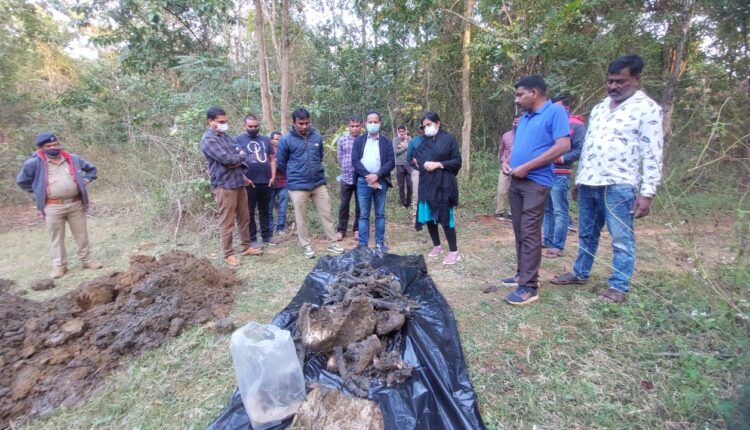 Acting on reliable inputs, the STF team led by DSP Bilasini Nayak, carried out a search in the reserve forest and identified the pit where the pachyderm’s carcass was suspected to be buried by poachers. During excavation, the STF personnel recovered some skeletal remains of the elephant.

According to the STF team, the elephant is suspected to be killed a couple of months ago and buried in the jungle. As many as eight persons, who are professional ivory smugglers, were questioned by the STF in this regard.

On being asked, DSP Bilasini Nayak said that the actual reason behind the death of the elephant will come to the fore after reports from forensics. The bone samples have been sent for DNA profiling to ascertain it’s gender.