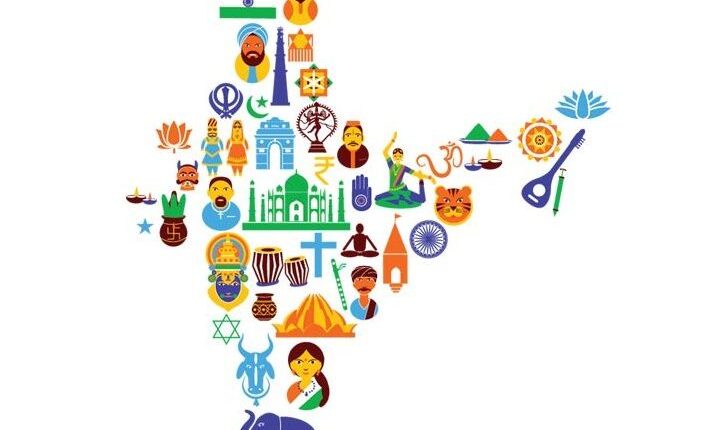 New Delhi: India has a diverse and distinct culture that has been developing for thousands of years. India’s rich culture is among the world’s oldest civilizations which began about 4,500 years ago. India has now become renowned all across the globe.  We all refer to the customs and traditions of India as something very diverse and unique. Most of these originate from the Ancient Indian scriptures and texts, which have dictated the way of life in Bharat for thousands of years.

Here are six fascinating cultures and customs of India:-

That’s how you’ll be greeted at most places in India. This traditional Indian greeting is accompanied by a slight bow and folded palms that are placed in front of one’s chest. This popular custom is not a mere gesture, it literally translates to “I bow to the divine in you” and reflects India’s rich culture, which has its roots in the Ancient Indian scriptures and texts. Below is a list of a few unique Indian traditions.

India also sees a large number of festivals, mainly because of the prevalence of diverse religions and groups. The Muslims celebrate Eid, the Christians have Christmas and good Friday, the Sikhs have Baisakhi (harvesting of crop), and the birthdays of their Gurus and the Hindus have Diwali, Holi, Makar Sakranti, the Jains have Mahavir Jayanti, the Buddhists celebrate the Buddha’s birthday on Buddha Poornima, and quite honestly, the number is endless.

Architecture – The Science Behind Temples

Most temples are located along magnetic wave lines of the Earth, which help in maximising the available positive energy. The copper plate (called Garbhagriha or Moolasthan) buried under the main idol absorbs and resonates this energy to its surroundings. Going to the temple often helps in having a positive mind and garnering positive energies, which in turn lead to healthier functioning.

It is also a practice to take off footwear before entering places of worship because they would bring in the dirt to an otherwise cleansed and sanctified environment.

The Indian traditions and scriptures contain various signs and symbols which have multiple meanings. For example, the usage of the Swastika, in the Indian context, does not point towards Adolf Hitler or Nazism. It is the symbol of Lord Ganesha, the remover of obstacles. The arms of the Swastika have various meanings. They signify the four Vedas, the four constellations, or the four primary aims of human pursuit.

In India, the saying ‘Atithi Devo Bhavah’ is also integral. It means ‘the guest is equivalent to god’. It is a Sanskrit verse taken from the Hindu scriptures, which later became a part of the ‘Code of conduct’ for Hindu society since the guests have always been of supreme importance in the Culture of India.

Indian literature can be traced back to the great epics written in the form of poems, plays, stories, and even self-help guides. The most famous Hindu epics are Ramayana and Mahabharata. Mahabharata, by Ved Vyasa, is the longest poem written in Sanskrit. Both these epics are written in order to highlight human values of sacrifice, loyalty, devotion, and truth. The moral of both stories signify the triumph of good over evil.

Man beaten to death by neighbour during birthday party in Sundargarh