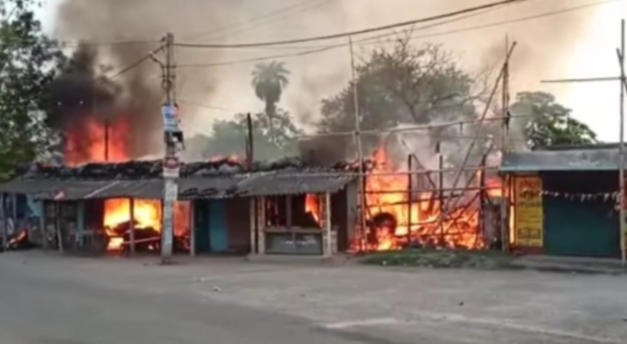 Bhadrak: As many as six shops were gutted in a fire that broke out at Satabhauni market under rural police station limits in Bhadrak district.

According to reports, a fire broke out at one sweet shop and later engulfed other adjoining shops. Initially, some passersby spotted the fire and immediately informed the fire personnel about the same.

On being informed, firefighters reached the spot and doused the flame. The exact cause behind the fire is being ascertained.