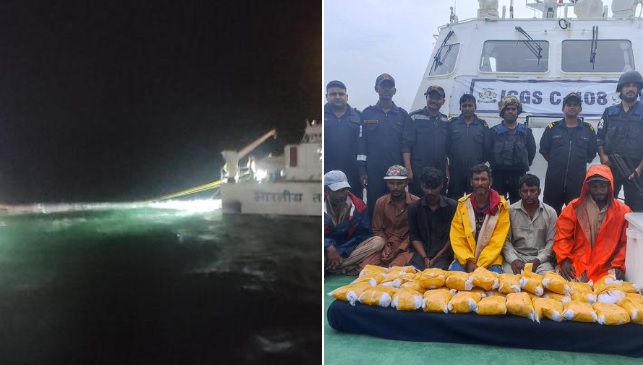 New Delhi: The Indian Coast Guard and Gujarat Anti-Terrorism Squad seized 40 kgs of Heroine worth Rs 200 crores from a Pakistani fishing boat in the Arabian Sea off the Gujarat coast.

“Pakistani crew along with boat are being brought to Jakhau for further investigation,” said ICG officials.

Earlier on June 2, a Pakistani boat with seven crew members on board was seized by the Indian Coast Guard off the Gujarat coast.