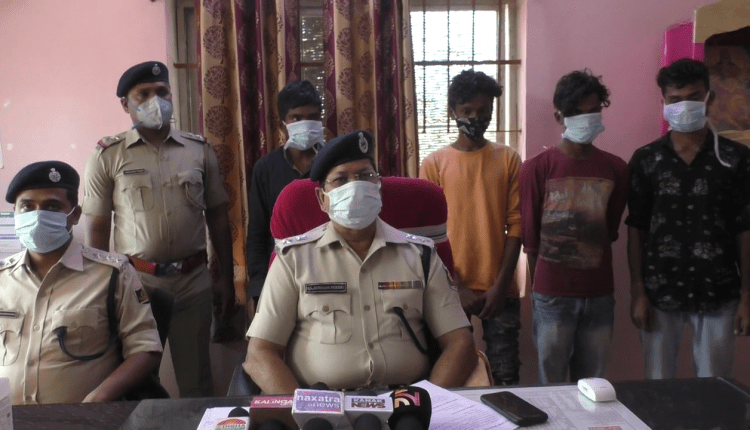 Deogarh: Police on Tuesday arrested six youths on charges of looting gold ornaments from the house of an advocate, Kishore Chandra Nanda, at Rangiagudaunder Deogarh Police Station limits on October 10.

The arrested were identified as Subas Behera of Rangiaguda, Arabinda Bhukta of Khapara Sahi, Omm Patra, Pinku Patra and Rakesh Meher of Hatisala Sahi, and Manmohan Sahu of Bania Sahi.

All the accused have been forwarded to the court, informed SP Rajkishore Paikaray at a press meet held at Model Police station here today.

Private Buses To Stay Off Roads In Odisha From Nov 16!