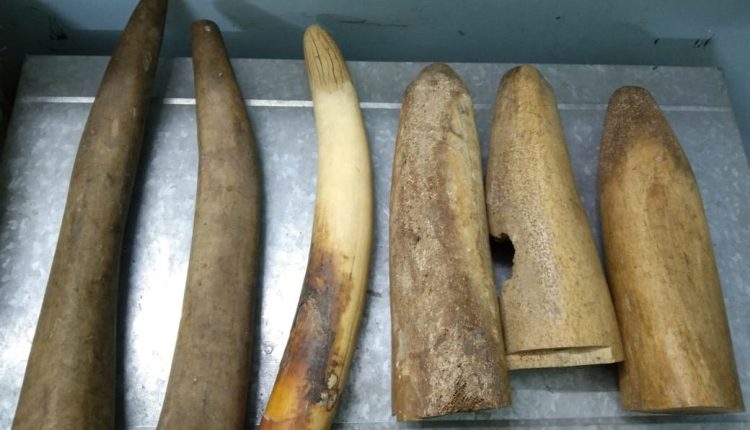 Six Elephant Tusks Seized In Bolangir, One Arrested By STF

Bhubaneswar: The Special Task Force (STF) on Thursday arrested a person on charges of possessing elephant tusks in Bolangir.

The accused has been identified as Nurin Set of Malpada village and the STF also seized six elephant tusks weighing approximately nine kg.

According to an official press release, a team of the STF with the help of Forest officials conducted a raid near Malpada village under Bolangir Town police limits and seized the elephant tusks from the accused.

As the accused could not produce any authority in support of the possession of the elephant tusks, he was detained and later handed over to Forest Department officials under Bolangir Forest Division for necessary legal action at their end, the press release said.

As many as 67 wildlife criminals have been arrested by the STF so far, the press release added.