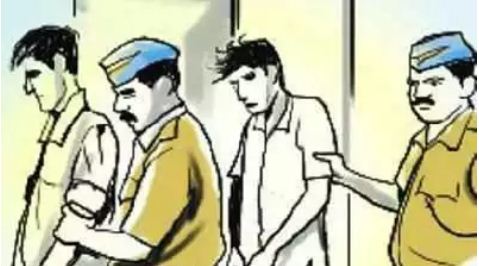 Berhampur: Police have arrested six persons for their alleged complicity in a dacoity case in Berhampur and recovered over lakh of rupees, a bike, and a pistol from their possession.

As per reports, the matter came to the fore after one Gupta Prasad Sahu lodged a complaint with Patapur police station alleging that some miscreants looted valuables from them at gunpoint while he was en route  Tikiti from Damanjod along with his family members on August 14.

Acting on the complaint police formed a team and arrested the accused persons from Berhampur and various villages under Nuagaon police station limits.