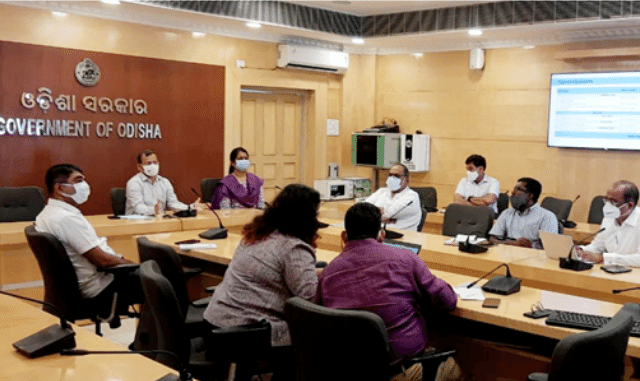 Reviewing the progress made so far, Chief Secretary Suresh Mahapatra directed that the site development projects would be executed through the Works department for expedite implementation. After setting up the necessary facilities at Bhitarkanika, the department would hand over the assets to the Department of Forest, Environment and Climate Change for sustainable management. He also directed to manage the sites through committees involving the local stakeholders. The local WSHGs would be involved in hospitality, sanitation and upkeep etc to the fullest feasible extent in the spots.

Discussions in the meeting showed that for Bhitarkanika, tourism facilities would be developed in four principal zones viz. Dangmal, Gupti, Khola, and Chandbali. The primary interventions would include setting up of the cottages, laying of floating jetties, development of arrival plaza, common facility centers, interpretation center, facilities for wildlife sighting, toilets, parking, and other tourist facilitation infrastructure. Land for tourism projects would be acquired and developed by IDCO near Gupti, Khola, and Kasturikana.  The entire project would be undertaken in three phases. In the first phase an amount of Rs.46.23 cr would be invested for creation of high priority facilities. The Collector and Divisional Forest Officer of Kendrapara submitted field updates and apposite suggestions through video conferencing.    Similarly, the boating and beach sight facilities would be developed at Chandrabhaga with investment of around Rs.42 crs. The site development works at Nrushnghanath and Harishankar would be done with investment of around Rs.46 crs.