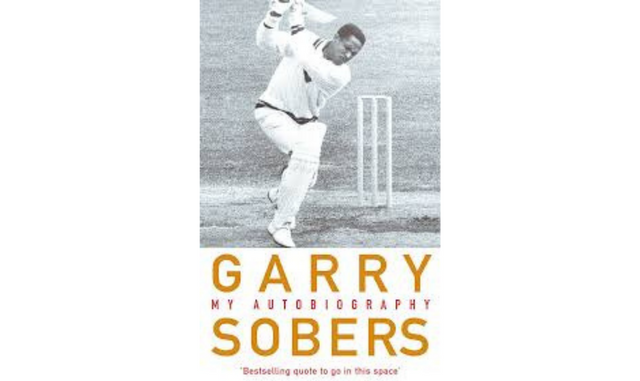 Sir Garry Sobers, “King Cricket” – A Man For All Positions And Every Kind Of Job

Garry Sobers scored more than 8000 runs at an average of 57, hit 26 hundreds, claimed 235 wickets at 34 runs per wicket, and bagged 109 catches. He has a simple enough explanation for this legendary fecundity.

“For most of my international career, I was playing for two.”

The other one being Collie Smith, who slept in the back seat of the car being driven by a very drunk Garry on a September English morning in 1959. The vehicle hit a truck, Collie was thrown forward, received spinal injuries, and tragically departed at the age of 26. Collie played 26 Test matches for the West Indies, hit four big hundreds, had grabbed 48 wickets and was seen as a huge prospect. Sobers was fined ten pounds for careless driving, but was left with lifelong guilt, sadness and sense of responsibility.

Garry was something of a child prodigy who was fast-tracked into the Barbados side that took on the visiting Indians when he was just 16. After this first class debut, he had to wait for almost a year for his next First Class outing, which came against the MCC. Good performances ensured that pretty soon after, he debuted against the English- his first test was only his third FC match and he was merely 17 years and something.

Garry was first drafted in as a left-arm orthodox spinner who batted at number nine in his first test. Then he gradually developed not just his Chinamen and Googlies, but also learnt how to bowl medium-fast, and even express pace. It was pace that fetched him more wickets. His bouncer was considered difficult to read, many considered it more vicious than even Wes Hall’s. The batting ability also began getting noticed, and he was pushed up the order. Then one fine day, he was asked to open versus the tourists, Ray Lindwall and Keith Miller. Sobers responded by hitting three fours in Miller’s first over, and did the encore in his second. Keith told him then and there that it would be as a batsman that he would be remembered, not as a bowler. Six five-fors and zero ten-fors in a long career would not have brought lasting fame. Boy, o boy! Wasn’t Miller proved right?

After this, he opened the batting on seven more occasions in five test matches, and scored 125 versus Pakistan the last time he did. That was the follow-up innings to his record-breaking 365* (in which he had batted at one-down), and was itself followed by 109* (again at number three). These three tons- 365*, 125 and 109*- arrived after Garry had copped some criticism for failing to convert his starts, and not getting to three figures even after four years of playing test cricket. Garry replied back in style on the Sabina Park – not only did he smash his first ton, but went on to convert it into a triple, broke Len Hutton’s longstanding world record (since 1938), and then hit two more tons in the next test match at Georgetown. Another three of them arrived before the year was out. This was 1958, the world lay at his feet.

And then the tragedy struck in September, 1959. Sobers did not see the bend and was blinded by flashlights. The car rammed into a cattle truck. Collie King made his exit from the big scene.

Four months after the accident, Sobers returned to test cricket with a composed 226 versus England at Barbados. The boy who was born with twelve fingers, one extra in each hand, now displayed a sense of purpose. He had been spared so that he could contribute doubly. Both his extra fingers had fallen off by the time he had debuted, yet is too interesting a detail to be not mentioned. A German U-boat had sunk his dad’s ship during the Second World War, when Garry was six. His best friend died in an accident of their own making. He had every reason to turn superstitious, but Garfield St Auburn Sobers chose application and hard work as his credo.

Sobers took to drinking excessively after the accident. He recounts many occasions when he drank through the night, descended on the pitch and went onto get a big score. He does not share how he felt while fielding or bowling. Hangover must have tough to handle, despite the bravado. He goes to the extent of describing night-outs and drinking as his motivation on field, arguing that he tried a bit extra to compensate for his shenanigans, and to keep the good times rolling.

Skipper Frank Worrell settled him at number five, for Garry had great game sense, and could bat well with the tail. He adapted according to the situation. He sometimes opened the bowling with left-arm fast or medium-fast to take advantage of the conditions, then dropped pace and used to bowl left-arm leg breaks to tie up an end, bowling over-after-over like a workhorse. He fielded in the slips, but was an excellent outfielder too with a quick arm. Even as the captain, rather than asking others to field at close-in positions , Garry himself ventured, and always, without a helmet. He always wanted to be in action. He played to win.

How can the Sobers phenomena be fully described without invoking the six sixes, the fifth of which was caught, but the fielder fell down and crossed the boundary. Malcolm Nash, the bowler, was destined to go down in history books. The year was 1968.

Despite the drinking, gambling and night outs/ late nights, Sobers was offered and he accepted the challenge to captain the West Indies. He began with series wins against Australia in West Indies, England in England and India in India, but the bandwagon was hit by an asteroid when West Indies lost a home test at Port of Spain, and thus the series to England. After four draws, Sobers had controversially declared, setting the Poms a target of 215 in 165 minutes. He was in for a surprise. Many alleged that being an inveterate gambler, he had gambled away the series. After that, the Caribbean side lost its mojo and got defeated by Australia, England and India. The captaincy and individual records could have been better still if the scores of the two Rest of the World series been considered. Sobers led both the World sides, and against quality opposition, played some fantastic cricket. His knock of 254 Vs Australia at Melbourne was rated by Bradman, Chappell and Lillee as one of the best innings ever played in Australia.

In the early 70s, Sobers went to Rhodesia to take part in a two-wicket tournament, dined with Ian Smith, the dictator, and called him a good man. That led to huge outrage and almost cut short his career. In his later years, he met Mandela and voted for the immediate return of the South Africans to international cricket. Later Sir Garfield Sobers, as he insists he be referred, became the first coach of the Sri Lankan side, newly inducted into the test arena. He was instrumental in Ranatunga’s fast tracking into the national side, and predicted the rise of the Lankans within a decade. 1996 won’t have left him surprised!

Curiously, Sobers would prefer to be golfer over a cricketer, if given a second chance. He represented Barbados in cricket, football, basketball and golf. Sobers played one ODI and did not score a single run in it. He was selected to play in the 1975 World Cup, but picked an injury, and retired. There are many who consider Kallis (by numbers) or Botham (by sheer impact)as better all-rounders, but the versatility of Sobers is ridiculously difficult to match – except for batting right-handed and wicket-keeping in international cricket, he literally did everything that can be done on the field.

Youth Killed In Explosion While Making Crackers In Ganjam