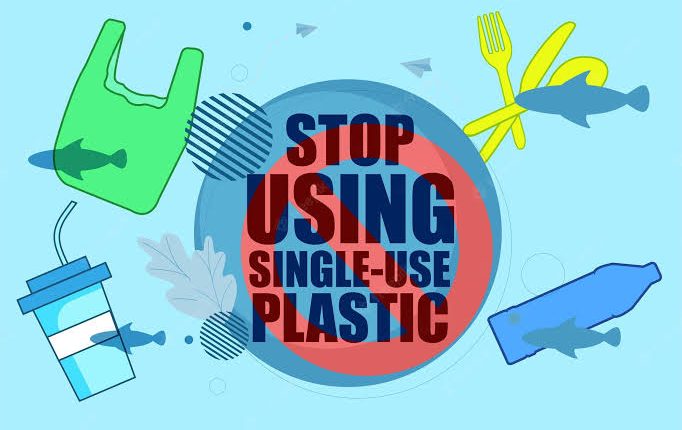 New Delhi: In a move to save environment from the menace of plastic pollution, the Centre has issued guidelines asking states to ban the use of ‘single-use plastic’ from July 1, 2022.

Single-use plastic refers to items that are used only once and are discarded after their immediate use. Single-use plastic constitutes the highest share of plastic manufactured and used — from packaging of items, to bottles, polythene bags, face masks, coffee cups, trash bags, food packaging etc.

The UN Environment Programme (UNEP) states that around the world, one million plastic bottles are purchased every minute, while up to five trillion plastic bags are used worldwide every year. In total, half of all plastic produced is designed for single-use purposes – to be used just once and then thrown away.

In a bid to tackle the growing crisis of waste generated from single-use-plastic, the Ministry for Environment, Forest and Climate Change had issued the notification last year in August announcing a ban on single-use plastic beginning July 2022. The ministry along with Central Pollution Control Board (CPCB) now has come out with detailed guidelines on what will be banned from the market starting July 1 and the penalty associated with it.

According to the notification following items will be banned:

According to website Our World in Data, India is among the country which produces the most mismanaged plastic waste.

In comparison, the US produces 0.43 per cent of the total mismanaged plastic waste, despite being one of the biggest consumers and manufactures of plastic.