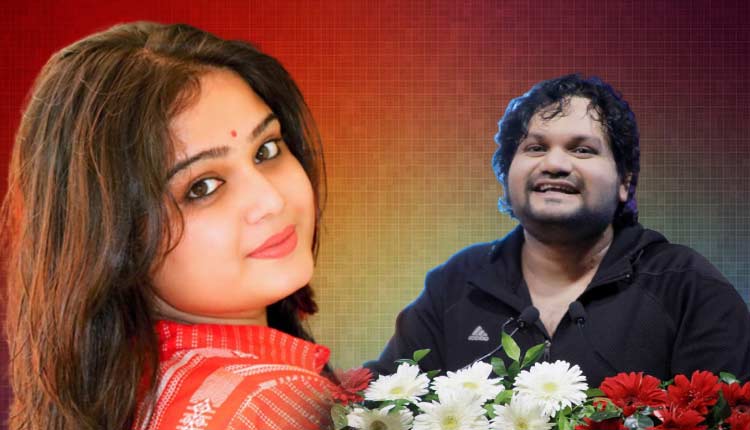 “Sindoor, Prasad Restricted For Me”: Humane Sagar’s Wife Comes Up With Fresh Charges

Bhubaneswar: The marital dispute between playback singer Humane Sagar and his wife Shriya Mishra refused to die down as the singer’s wife today leveled more serious allegations against husband and family.

In a disgusting statement to a local news channel, Humane Sagar’s wife Shriya said her husband and his family members, who had been forcing her to convert religion, also didn’t allow her to wear vermillion (sindoor) and barred consuming Prasad of Hindu God.

“They don’t allow me to wear Sindoor (Vermillion). Even they barred me to take God’s Prasad. They say Prasad consumption is a sin. All his family members especially my mother-in-law do these things,” she told a news channel.

Shriya further alleged that she is subjected to physical torture since the birth of her daughter. “I have been subjected to torture for the last five years. Though my husband is a celebrity, I didn’t want to expose him. But, the torture cross all limits which forced me to move police station seeking justice,” she said.

Shriya continued that her singer husband is a habitual drunkard. “His drinking habit often affected his show and other programmes. “He can’t perform, record songs in inebriated condition. If I stop him from drinking liquor, he beats me,” she said.

She alleged further that a third person kicked her out of the house. “My parents were abused. I have been staying outside since six months,” she said.

Shriya said her mother-in-law made false allegations against her. “I must ask her if I see her at police station,” she said.

Asked about an amicable solution, Shreya said she is ready to enter into a negotiation. “They talk about a compromise in media. They should take concrete step in this regard. Statement in media can’t solve the issue. They should come forward with a motive to accept me with dignity,” Shriya said.

Lapse In Judgment: UN Apologises For Photo Of Its Personnel In Front Of Taliban Flag