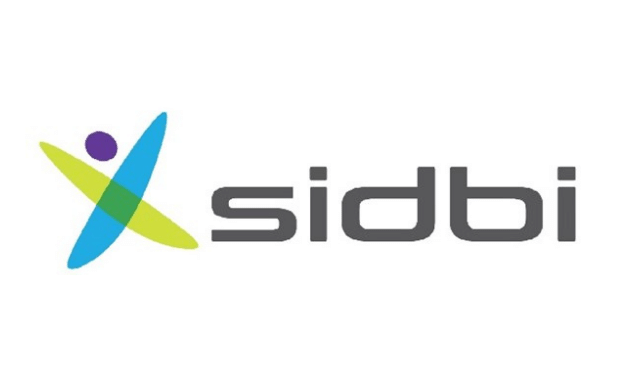 Bhubaneswar: Small Industries Development Bank of India (SIDBI), the country’s principal financial institution for Micro, Small and Medium Enterprises (MSME), has sanctioned a support of Rs 837 crore under its SIDBI Cluster Development Fund Scheme (SCDF) to the Government of Odisha for the development of 18 MSME infrastructure projects to be implemented by Odisha Industrial Infrastructure Development Corporation (IDCO).

The projects include development of 5 new MSME parks, construction of 11 workers hostels and 2 projects for supporting infrastructure to MSMEs. Under its SCDF Scheme, SIDBI extends moderately priced loan assistances to State Governments for upgrading various existing MSME Clusters as also for creation of new industrial infrastructure in the State.

On the occasion, Sivasubramanian Ramann, IA&AS, CMD SIDBI said, “The thrust shall be laid on clusters in sectors/subsectors which can directly benefit the MSMEs in the State and to bring them to a level ‘NEXT’ wherein they emerge vibrant by moving higher on the value chain and become sustainable. SIDBI shall complement its offerings in the State with its customized direct lending products being channelized in the supported clusters, thereby setting an example for other institutions to adopt and replicate. SIDBI shall also examine supporting the soft infrastructure issues in select clusters relating to technology, skilling/upskilling, energy efficiency, market and credit connect, on need basis. SIDBI has also launched a Pilot programme in Bargarh Handloom Cluster via its grant support and it shall also work out a pain to gain transition programme in important artisanal clusters identified in consultation with nodal State Department.

He further stated that the ongoing EU Switch Asia Bamboo project run by SIDBI in 5 districts of the State viz. [Balangir, Bargarh,Sambalpur, Sonepur, Anugul] which aims to generate an alternative source of livelihood as well as to promote an alternative for timber thereby safeguarding the environment and under which 342 Artisans and Bankers have been trained and 229 units grounded till date, shall be made more stronger in close co-ordination with the State authorities.’

A MOU for setting up of a Project Management Unit with the State Government was also signed in the presence of CMD, SIDBI and top Govt Officials of Odisha for strengthening the MSME ecosystem of the State.

Shri Ramann also held detailed discussions with Shri Suresh Chandra Mahapatra, IAS, Chief Secretary of Government of Odisha , Shri Pradeep Kumar Jena, Additional Chief Secretary and Senior State Government officials wherein he apprised the officials about SIDBI’s plans for the State as also about the long existing developmental association of SIDBI with the State of Odisha through which SIDBI has not only channelised crucial funds to various Microfinance Institutions of State so that they reach to the last mile beneficiaries for undertaking gainful economic activities but also has undertaken various initiatives for the capacity building of these Microfinance Institutions. He also apprised the officials about SIDBI’s initiatives of ‘Village Adoption’ facilitating enterprise development in the State as also about the SWAVALAMBAN CONNECT KENDRAS, the handholding and counselling centres, set up by SIDBI in the State for extending guidance and support to the young aspirants of the State. He also apprised the officials about the recent sanction of financial assistance of Rs.200 crores by SIDBI’s wholly owned subsidiary MUDRA to Odisha based Annapurna Microfinance Pvt. Ltd.

During his visit, Shri Ramann, also interacted with the MFIs and carried out field visits to ascertain the last Mile Connect challenges and how these can emerge as opportunities. He also launched a district adoption programme named “Women Entrepreneurship – Livelihood Enhancement and Development (WE-LEAD)” for 12 districts of the State. The programme to be implemented by OSAFII aims at Women entrepreneurs from SHG/JLG members who will be supported with enterprise and skill building training and business development services (including Credit & Market Linkages) in Odisha. It would attend to skills, quality, design, marketing and credit connect for livelihood womenpreneurs. The MFIs appreciated this initiative of SIDBI and expressed that this credit plus support of SIDBI shall act as oxygen for target segment. Target women aspirants also laid out their expectations from the programme.