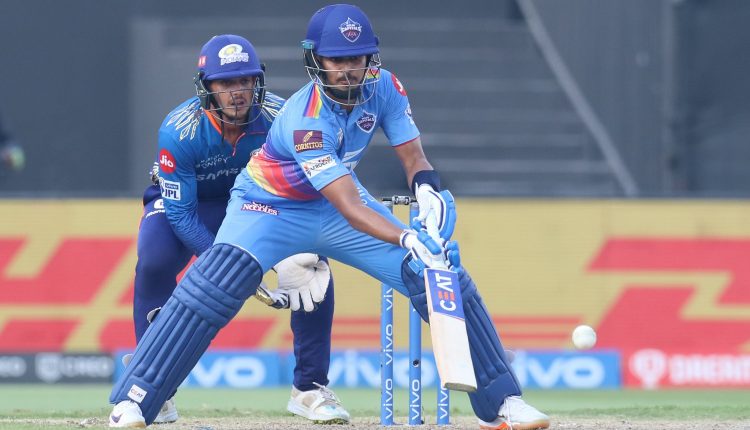 Though DC lost their way early while chasing 130 runs, Ravichandran Ashwin hit a six off the first ball of the last over to help DC take an attritional four-wicket win.

Dhawan’s opening partner Prithvi Shaw fell to Krunal Pandya in the next over after which Steve Smith fell to his compatriot Nathan Coulter-Nile in the fifth. Smith’s dismissal left DC on 30/3 in five overs.

Put into bat, MI got off to a horrible start as Avesh dismissed Rohit in the second over of the innings. de Kock and Suryakumar then applied themselves as MI’s score read 35/1 after the powerplay.

The wickets kept falling at regular intervals as Mumbai lost Saurabh Tiwary and Kieron Pollard within the span of 10 balls.

Hardik Pandya and Krunal Pandya tried to steady the ship for MI in the death overs but Avesh removed Hardik in the penultimate over of the innings along with Nathan Coulter-Nile. Ashwin then got his first wicket of the innings in the last over as he dismissed Jayant Yadav.