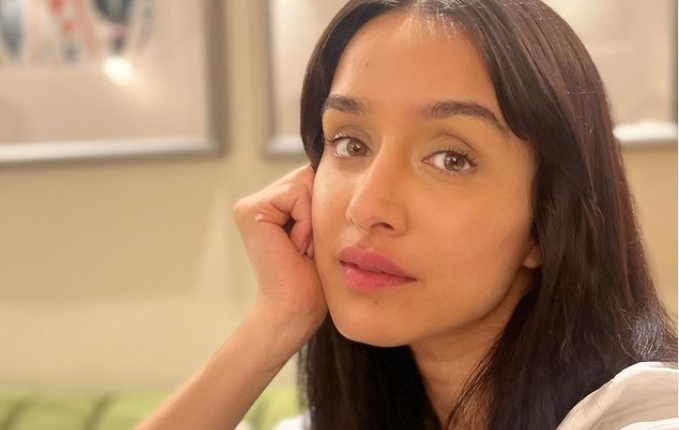 Shraddha Kapoor Shares Video On Day 5 Of Navratri: Calls Green A Colour Of ‘Growth And Fertility’

New Delhi: Shraddha Kapoor is one of the most loved actresses in Bollywood. The Stree actress enjoys a massive fan following on social media and often rules hearts with her beautiful and elegant fashion choices. Now the diva has been dropping photos of herself in outfits that coordinate with the colour for each day of the festival.

On day five of the nine days festivities, Shraddha shared pictures of herself wearing green tee-shirt.

Talking to her Instagram stories, the 35-year-old actress shared a boomerang video of herself and captioned it, “Navratri Day 5 GREEN Growth and Fertility! #9Ratri9Rang.” 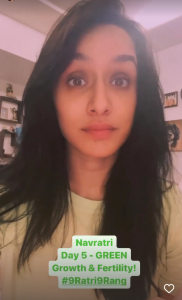 On the work front, Shraddha Kapoor will be next seen in Luv Ranjan’s untitled romantic comedy-drama with Ranbir Kapoor. The film is bankrolled by Luv Films and T-Series. The on-screen couple shot for the film in Spain last month and wrapped up the shoot, in Mauritius in July. The film will be released next year on Holi. Apart from this, she is also working on her comedy project with director Pankaj Parashar titled Chaalbaaz In London.