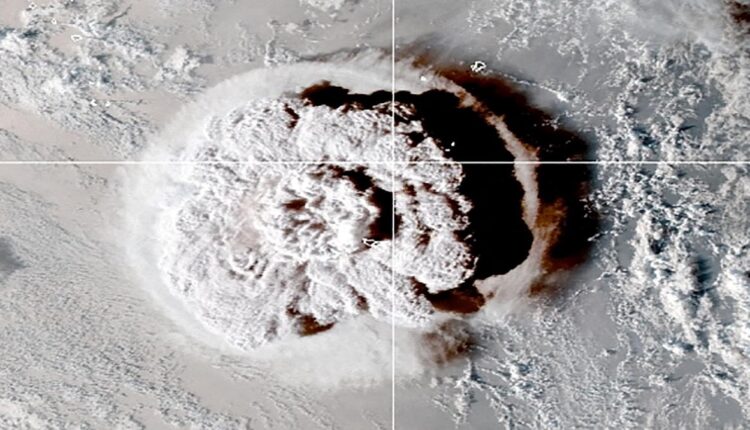 Shockwave From Tonga Volcanic Eruption Felt In India Too

New Dehli: The meteorologists said on Monday that the massive shockwaves due to the eruption of Hunga-Tonga-Hunga-Ha’apai in Tonga were also felt across India.

The India Meteorological Department’s (IMD) climate research and services in Pune said that every weather station across India recorded the spike. It was expected and it was noticed.

For instance, IMD Goa said between 8.45 p.m. and 9 p.m. on January 15, the automatic weather station (AWS) at Panaji recorded a rise in pressure by 1.3 millibars (written as 1.3hpa), supposedly because of the shockwaves.

IMD Goa tweeted a barometer graph that showed a clear spike along the curve that regularly showed the regular diurnal recordings in the waveform.

In fact, almost 12 hours after that, i.e., on Sunday morning, an amateur weather enthusiast from Goa, Atul Naik, posted on Twitter another graph that showed the second peak too.

The violent volcanic eruption on January 14 continued for over 12 hours and it again erupted for eight minutes the following day sending massive plumes of ash into the sky.