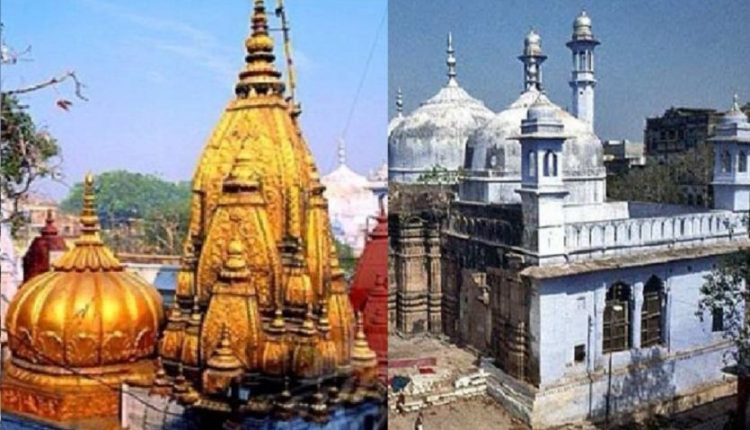 Varanasi: As the third day of the court-ordered videography survey of the Kashi Vishwanath Temple-Gyanvapi Mosque complex in Varanasi concluded on Monday, the Hindu petitioner in the case, advocate Sudhir Tripathi claimed that the committee found a Shivling at the complex.

Tripathi, who accompanied the court commission for the mosque survey, said that they have found “conclusive evidence” and claimed, that if the report is filed impartially by the commissioner then definitely the decision will be in our favour,” Tripathi said.

Revealing the details of the survey Tripathi told that “Shivling sized between 3 to 4 feet was submerged in an “ablution pond”, as the survey was going on our eyes went on the spherical kind of shape after which we requested the commissioner to look into it and then the Shivling was found”

The survey was conducted in accordance with the Varanasi Civil Court’s order despite objections from the mosque authorities. After the conclusion of the survey, the Varanasi court ordered the District Magistrate of Varanasi, Kaushal Raj Sharma, “to seal the area where the Shivling was found and to bar people from going to the place.”

In its order, the court said that the DM, police commissioner, and the Central Reserve Police Force (CRPF) commandant Varanasi will be responsible for the security of the sealed area.

The civil court had appointed a court commissioner to conduct the survey and videography of the site and the same was challenged before Allahabad High Court, which dismissed the appeal on April 21. The April 21 order of the High Court was challenged in the apex court.